Tariff Increment a Yellow Card for the Undertakers Called Discos 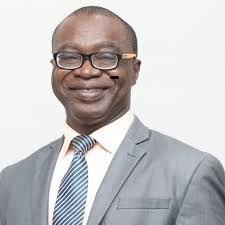 The voltage of anger in the land can burn some installations. The most threatened currently is the continued existence of the power distribution companies otherwise addressed with the not-so-elegant cognomen Discos. They have been dancing the disco for seven years now. The anger stems from the necessary but unjustified hike in electricity tariffs. The last statement sounds like a contradiction. It is deliberate.

It is necessary to deploy oxymorons in the current matter because it is inherently contradictory. There is a persuasive and robust business case for the tariff increments. No reasonable person or entity consistently trades at a loss. Players in the Nigerian electricity sector have done so for more than six years.

The agreement they reached was that Nigeria would implement graduated tariff increments to ensure that there is enough revenue to cover the cost of operations of the sector and make it sustainable. We did not do so. Why?

“Lack of political will”.

A fundamental premise of the numerous reforms in the country is that the feeble strengths and glaring weaknesses in the Nigerian system open enormous opportunities for growth. If you hear the Bureau of Public Enterprises or the various reform committees tell the story, the significant challenge for successful reform in Nigeria has been “lack of political will”. Deconstructed they mean that so many vested interests hobble the political leadership of our country that they lack the balls to do the right thing. Always.

The previous Government found the political will to do it but went about it the wrong way. They handed it over to friends and acolytes with no proven experience in the sector. Then they could not muster the resolve to do right by these firms when the firms requested the needed tariff increments, as agreed.

Utilities are money spinners. The numbers make sense, as we have seen in the case of telecommunications. They make even more sense in a country such as Nigeria with a ballooning population and vast numbers of young people entering the labour market annually.

For at least five years, therefore, lack of political will prevented the necessary call to approve gradual increments. Government pretended while the players failed to invest. The ostrich game continued for more than five years. Moreover, the Government and the players in the electricity sector colluded. So while Nigeria got N400 billion as privatisation proceeds, the industry has received N1.5trillion in support from the Government.

Under pressure from external forces who can see possible implosions and our need for funding, the Government finds the resolve to do it. Then set about it wrongly. How do you approve an increment of more than a hundred per cent at once? Is that graduated? Why would you do so during a pandemic that has hobbled the economy and drained the pockets of citizens? What manner of social engineering and governance informs such increments of both electricity tariffs and the price of petrol at the same time?

The tariff increment is a yellow card to customers in this marathon.

While the tariff increment is necessary but unjustified, the increase in gasoline prices is nothing but additional taxation to increase the greedy coffers of this Government. Most fuel price increases in Nigeria have been nothing but a tax on citizens without the rational lies of the removal of subsidy. For instance, the current increment comes at a time of lower prices of crude oil in the global market. Where is the subsidy?

It is ironic that in all the back and forth on fuel price increases, it was the notorious Government of General Sani Abacha that was most upfront. Abacha admitted that it was nothing but a fuel tax and set up the Petroleum Trust Fund to deploy some of the extra revenue to the provision of social services and infrastructure. The Jonathan administration did the same with the Subsidy Re-investment and Empowerment Programme. All the other honest men continued with the falsehood.

Labour has characteristically taken up the challenge in the vaudeville. This farce has no musical segment, though, and promises only a repeat. Citizens can hope only for a reduction in the percentage of the increment as what Labour can extract. The Government has its back against the wall.

Our Discos are as much victims of the new tariffs as their customers. They will earn more money and more trouble. Customers will become more demanding, and we will no longer accept all the tall tales for why we cannot have a reliable power supply.

The tariff increase is necessary but unjustified. The performance of the Discos has not justified the case for an increment. They would now have to earn their pips.

Our Discos have been no more than undertakers for the electricity system in the country. They show a noticeable lack of technical, financial, and organisational capacity for the challenges in the sector. Forty years to the day when NEPA officials blamed a snake for a nationwide power outage, the privatised successors still tell the same tales.

Here is a message one of them shared recently. “Dear customer, the incessant outages you are experiencing in … axis is due to knotty faults, especially because of the coastal terrain. We …are working tirelessly to find a permanent and sustainable solution to the problem. It’s tough terrain, from the moist from the ocean/sea to the swampy forest with big birds, rodents and reptiles shattering insulators for want of warmth and the weather (swampy/wet) for now.”

Higher tariffs mean there would be no more excuses. Even the regulator Nigerian Electricity Regulatory Commission (NERC) seems to have woken to this reality as depicted in the three town halls it has held. The yellow card of tariff increment also applies with even more gravity to the Discos. Game on.