No comments to show.
Motoring

The Chief Executive Officer of CLG Securities, Adeniran Aderogba, says discussions are ongoing on securing funding for a national shipping carrier for Nigeria.

Aderogba also said the activities of CLG Securities had made the Presidency and the Ministry of Transportation show renewed commitment towards reviving the plan to create Regional Maritime Development Bank. 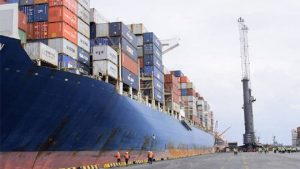 According to him, CLG Securities is the Transaction Adviser on the Regional Maritime Development Bank.

He decried that the maritime sector had suffered neglect for a long time, despite its ability to generate foreign exchange, create jobs and stimulate the economy.

Speaking on the importance of the proposed development bank, Aderogba said, “The Regional Maritime Development Bank is the brainchild of member countries of the Maritime Organisations of West and Central Africa, which comprises 25 countries. Having identified the need to promote indigenous participation and harness the potential of what is an estimated $100bn per annum maritime sector, Heads of States passed a resolution in 2009, to set up the bank and mandated Nigeria to not only host the headquarters of the bank but also take all steps to midwife the bank.”

“I served on an inter-ministerial committee charged with the responsibility of bringing the bank to fruition and regrettably, changes in government stalled the process.

“However, a few years ago, CLG Securities approached the current administration to revive the project and we have received excellent cooperation from the Presidency, the Honourable Minister of Transport, and MOWCA itself.”

The CLG boss also spoke on the current state of the initiative which he believed would achieve its targets.

According to him, plans and activities are on course towards establishing the financial institution.

He said: “In terms of the current situation, the Bank Charter, which governs the operations of the bank, has been signed up to by members, an interim board has been constituted, which has been meeting actively and taking important decisions. Capital calls have been made, key bank policies and strategic plans are in place, projects are being analysed for funding, and have reached advanced stages.

Examples include a shipyard expansion in Nigeria of circa $150m and a $100m port rehabilitation facility in Cameroun. Also, there are various port projects in Cote D’ivoire. There are also discussions on funding a national shipping carrier for Nigeria.”