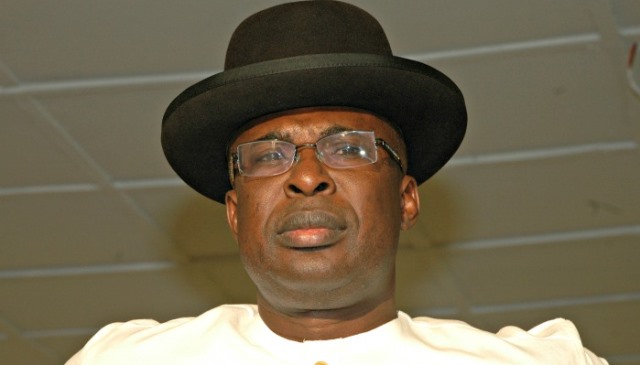 The Minister of State for Petroleum Resources, Chief Timipre Sylva, has described as unpatriotic the action of some people who condemned the suspension of the planned strike by the organised labour.

Recall that some groups, in some parts of the country, came out strongly against labour for raising the hope of the people and abandoning them on a journey that could have forced the government to rethink the increases in pump price of premium motor spirit and electricity tariff.

Reacting to the situation, however, the Minister, who made his feelings known while speaking on a television interview, described it as an unbearable conduct and wondered what the groups stood to gain if the country went up in flames.

With the drop in income, he said that government could not have done otherwise but to remove subsidy, which of course benefitted a few to the detriment of many Nigerians, but expressed optimism that the rolling out of gas as an alternative, would help to bring down the cost of petrol and prepare Nigerians for a shift to a new normal, as in other climes, in anticipation of a future where PMS will no longer be what it is.

Speaking further on the issue of gas, he reiterated his earlier announcement that government, through designated filling stations, would bear the cost of converting motor vehicles and generators to dual fuel usage.

While avoiding details of the Petroleum Industry Bill which is currently before the National Assembly, Chief Sylva spoke about public reactions to the legislation but observed that rather than interpret a section of the document to mean that NNPC will be scrapped, it is safer to say that it will be commercialized.

While responding to a question about Nigeria’s refining capability and the importation of products from abroad, he announced that the Federal government is embarking on the rehabilitation of the major facilities in the country and the building of a new refinery in PH, and was hopeful that the old Port Harcourt Refinery would be ready by the end of 2022.

While it was agreed between the organised labour and the government that the implementation of electricity tariff increase be suspended for two weeks pending a review of the situation, the increase in fuel pump price remains untouched, as government rolls out palliatives for labour.