SuperSport to Bid Alongside Google, Amazon for IPL Rights

Alphabet, owner of the ubiquitous search engine Google, has flagged an interest in bidding for the broadcast rights of the Indian Premier League, or IPL, joining the ranks of half a dozen media giants vying for the coveted asset in cricket-crazy India.

The American tech company, which also has the video-streaming website YouTube, purchased the bid-related documents from the Board of Control for Cricket in India, or BCCI, according to people familiar with the matter, who asked not to be named as the information isn’t public. SuperSport, the South Africa-based group of television channels owned by MultiChoice Group, bought the documents, too, according to a person familiar with the situation. 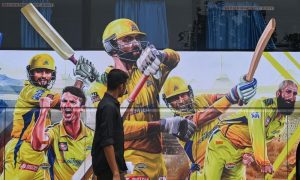 Google’s interest in the global media rights of India’s top cricket league intensifies the fight for a sports event that has emerged as the world’s third largest, trailing only the Premier League and the National Football League in terms of viewers. Last year’s edition of the IPL brought in 600 million viewers, according to BCCI estimates, underscoring the sheer media clout this event represents in India’s highly competitive entertainment market.

BCCI, the sport’s governing body in India which values the IPL at about US$7-billion, will be auctioning its broadcast and live streaming rights for the years 2023 to 2027 starting on 12 June. Purchasing application documents doesn’t lead to a certain offer and the firms can decide to not bid, the people said.

Bagging IPL’s media rights — considered the Super Bowl of cricket by some — will allow companies to reach out to hundreds of millions of eyeballs and bolster their advertisement revenue.