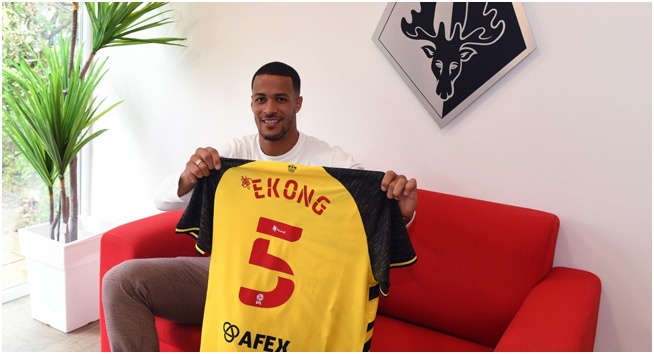 Super Eagles defender William Troost-Ekong has completed a permanent transfer to Watford, the English Championship club announced in a statement on Tuesday.

The 27-year-old centre-half, who has 42 caps and represented Nigeria at the 2018 World Cup, signed a five-year contract.

Troost-Ekong has spent the past two years in Italy with Udinese, playing 66 times for the Serie A side since his arrival from Turkish SüperLig outfit Bursaspor in 2018.

He will wear squad number 5, the Watford statement said.

Born in the Netherlands, Troost-Ekong began his senior career in the Eredivisie with Groningen and Dordrecht before spells in Belgium and Norway, with Gent and Haugesund respectively.

A former Netherlands youth international, Troost-Ekong made his senior international debut for Nigeria in 2015.

Watford was demoted from the English Premier League in the 2019/2020 football season.