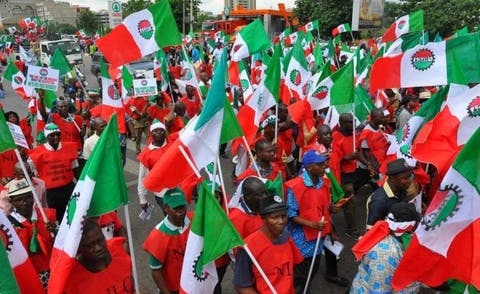 IN a last ditch effort to avert the planned strike by the organized labour expected to start on September 28, the Federal Government has scheduled to meet with the labour leaders today by 7pm.

Indeed, government representatives and the organized labour had met on Thursday over the impending strike occasioned by the increase in the prices of petrol and electricity tariff, but the meeting ended without resolving the contentious issues.

Consequently, it was adjourned to Monday September 28, which incidentally is the date for the commencement of the strike.

The organised labour had accused the government of insensitivity over the implementation of the deregulation policy which led in the increase of the pump price of petrol as well as the recent hike in electricity tariff.

At the last meeting, Labour insisted that the Federal Government should revert to the old prices of petrol and electricity tariff before any meaningful discussion could take place.

While the government made spirited efforts to explain the reason behind its action bearing in mind the effect of the dreaded Coronvirus pandemic on the economy, the organized labour insisted that it was a mark of insensitivity on the part of government to take such decisions, especially as many people cannot feed themselves this time.

It was reliably gathered that affiliate unions under the Nigeria Labour Congress, NLC, and the Trade Union Congress, TUC, have mobilized to ensure that the strike is effective.

But to ensure that the strike does not hold as it is capable of crumbling the economy, the Federal Government has scheduled to meet with the labour leaders Sunday evening at the Old Banquet Hall, Presidential Villa, Abuja.

This was made known in a statement issued by the Deputy Director/ Head of Press and Public Relations, Ministry of Labour and Employment, Charles Akpan. It will be recalled that the organized labour had given the government September 28 deadline to revert to the old prices of petrol and electricity tariff if not they would proceed on strike.