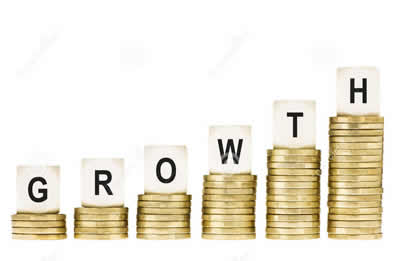 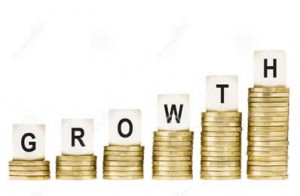 …As stakeholders hope for better performance in 2014 The Nigerian stock market in 2013 recorded an impressive growth of 47 per cent which is its best performance since 2008 after the global meltdown that hit the world financial sector. Last year, the market also ranked 6th out of the 10 best performing stock markets in the world. In this report, Chinenye Anuforo examines the market performance in 2013 and sheds light on stakeholders’ expectation in 2014. Market capitalisation and All-Share Index The market capitalisation of listed equities in 2013 added a sum of N4.25 trillion from N8.974 trillion to close at N13.226 trillion which is the highest so far in the history of the Nigerian Stock Exchange (NSE) representing 47.4 per cent growth. Likewise, the All Share Index which is the barometer of the market movement gained 13,230.38 basis points or 47.2 per cent from 28,078.81 points it opened the year to close at 41,329.19 points. All the NSE indices gained during the year as NSE 30 index appreciated by 42.7 per cent to close the year at 1,907.17. The Consumer Goods Index appreciated by 31.1 per cent to close at 1,100.25, while the Banking Index improved by 31.9 per cent to close at 447.84. For the Insurance Index, a growth of 29 per cent was recorded to close at 152.87. Also, the Oil/Gas Index increased by 122.3 per cent to close at 339.88, while Lotus Islamic Index soared by 61.8 per cent to close at 2,863.12. Market analysts’ perspective Experts believe that the performance was driven by relative stability of the Naira, which impacted foreign portfolio inflows (FPI), increased liquidity across the globe that resulted from the US Fed’s quantitative easing (QE) programme, and improved investor appetite in the Nigerian equities market. Given the position of foreign investors in the Nigerian stock market, their search for growth in emerging markets supported the bullish trend which further brought the Nigerian market to global stage – thus resulting in improved investor appetite for the Nigerian equities. 2014 projections Considering the implications of a stellar 2013 for equities, FBN Capital analysts said they would not rule out January rally in 2014, adding that “stretched valuations across many blue-chip names and the onset of a pull back in QE by the US Fed lead us to be more cautious in our outlook on equities for 2014. “The oil and gas index’s gain of 121.9 percent surpassed any of the other sectors. However, in market capitalisation terms, the cement sector was dominant given that Dangote Cement which accounted for 24 percent of the index at the start of the year gained 71 percent during the year (at the end of 2013 its weight had risen to 28percent). Nestle Nigeria which gained 71.4 percent also had a marked impact on the index’s performance. Assuming Dangote Cement and Nestle Nigeria were flat through 2013, the NSE ASI would have returned 37percent”, analysts at FBN Capital added. Charlie Robertson, an economist at Renaissance Capital, said: “we see good reason to favour Nigeria in the coming quarter, but we continue to be cautious on the second half.” On why investors must look at Nigeria, he said: “because from May 2014, it will be 20 percent of the MSCI frontier index (the key benchmark for equity investors in frontier markets). From February 2014, we would see that Nigeria is the biggest economy in Africa at over $400 billion; it has one of the best reform teams globally; electricity reform is working; growth of 7 percent a year since 2000 means Nigeria’s GDP is on course to be bigger than 2012. Access Bank analysts were of the view that the continued expansion in market dept may be due to positive expectation on year-end 2013 financial performance of blue-chip companies’ projects that the positive run that characterised the market in recent weeks will persist. They premised their view on increasing demand for equities helped largely by growing optimism for full year 2013 financial scorecards. “We remain upbeat on equities with a positive outlook for the year. We expect relatively benign macro-economic outlook, increased investor confidence, system liquidity and the search of foreign investors for growth in emerging markets to support the bullish trend in the Nigerian market,” UBA Capital analysts said. They added: “interestingly, while the financial services sector underperformed the broad market in 2013, we are overweight on the sector in 2014, as we expect value names in the basket to lead gains in the year.” Analysts at MorganCapital Securities said they expect some mild profit- taking. According to them, “the year-end dividend expectation will ensure that the effect of the moderate sell pressure is curtailed. Investors’ focus will still remain on stock with rich dividend pay-out history.” They urged investors to continue to invest based on the principles of sound fundamentals at good entry prices, “bearing in mind that in a bear market, stocks with good fundamentals have the capacity to retain value, and even when their prices crash, they are the quickest off-the-mark in price appreciation when the market sentiment becomes bullish.” The Managing Director of APT Securities and Funds Limited, Malam Kasimu Kurfi said the capital market performed well in 2013. According to him, the market consolidated the achievements for the year 2012 with the success of the capital market reform initiated by the current management of the Exchange. “It has been two consecutive years of success. With over 40 per cent All Share Index gained it is ahead of other economic indices, Kurfi said.” He believes that the success stories will reassure foreign investors about the market and may stay longer than before. Another stockbroker, Mr. Tunde Oyediran said the capital market in 2013 recorded impressive growth, adding that some companies declared good dividend payout which impacted positively on the market. He is optimistic that the recovery will continue this year.