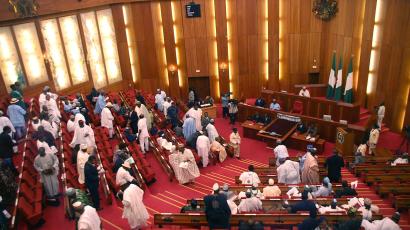 Fourteen months after the inauguration of the 9th Assembly, legislative scorecard has revealed the relative performance of lawmakers in terms of bills sponsored.

The achievement of a legislator is measured not only in terms of contributions to debates on the floor of the house, or the size of oversight functions, or committee participation, but also on the number and quality of bills sponsored or passed in one’s name. Most of these bills come about as part of primary oversight duties, and/or promises made to constituents during political campaigns. In fact, most lawmakers pride themselves in the number of bills and motions they sponsored during their tenure; and many who seek reelection use it as a campaign point.

So far, 450 bills have been introduced in the 9th Assembly since June, 2019 inauguration. Presented on a wide range of topics and issues, the bills impinge on or relate to: electoral reforms, constitutional review issues, creation of new institutions and agencies, social welfare matters and gender issues, among others.

The report released shows the best and least contributors to National Assembly bills. Stella Oduah(Anambra) tops the list with 29 bills; followed by Omo-Agege( Deputy Senate leader) from Delta with 20 bills. Others are Uche Ekwunife(Anambra) 17 bills; Sani Musa(Niger) 13 bills; Ifeanyi Uba(Anambra) 13 bills; Istifanus Gyang(Plateau) 11bills; and Gershom Basset(Cross River) 11bills.  Yet others are, Adeola Olamilekan(Lagos) 10 bills; Bamidele Opeyemi(Ekiti) 9 bills; and Ike Ekweremadu 9 bills also.
But there others who are yet to produce even one bill, such as Ahmad Lawan(Senate President), Godiya Akwasiki, Emmanuel Oker-Jev, Adamu Bulkachuwa, Peter Nwaoboshi, Chris Ekpenyong, lbrahim  Shekarau, and others.

Though the constitution does not compel one to sponsor bills, the primary function of a legislator is ‘to make  laws that are in the interest of Nigeria and Nigerians’. It is a recorded achievement to any lawmaker to sponsor bills intended to protect the interest of their constituencies, improve the Ministries, Departments and Agencies they oversee, or any  other area of their need and interest.
John Daniel Obioma.