When South African content manager Happiness Kisten, a black South African adopted by Indian parents, chased her family’s escaped puppy up the road in the early hours of the morning in her Durban suburb, she did not realise she was being watched. But when she returned home with puppy in tow, her mother showed her a message on the neighbourhood WhatsApp group that warned residents about a black woman seen running after a dog. 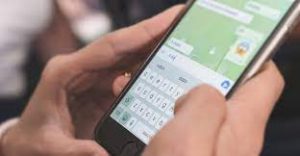 “At first I laughed, but afterwards I was like, that’s very problematic. It left me with an ugly feeling in my gut,” said Kisten, 29, who had previously left the group when she became uncomfortable with the racial prejudice she witnessed there.

South African crime rates are among the world’s highest, and criminologists say growing disillusionment with the police has contributed to a rise in community WhatsApp groups where residents engage in amateur surveillance.

While such groups can forge stronger community ties, researchers say that without proper moderation by an internal mediator, they can become hotbeds for fear-mongering and racial profiling in a country still scarred by apartheid segregation.

“Fake news can spread quickly and this can lead to real violence,” said Stuurman, pointing to the July 2021 riots that led to mass vigilantism when social media was ablaze with unverified content. “We can start to see threats around every corner.”

The widespread use of social media has led to an explosion in neighbourhood groups around the world, including for surveillance, with residents even reporting on each other for alleged breaches of coronavirus quarantine rules.

Anthropologist Leah Davina Junck, who studied her local neighbourhood WhatsApp group in Cape Town for over a year in 2016, found so-called couch patrolling from the window or on the way to the shops — with quick and fast assumptions pulled from fleeting sightings — was widespread.

Kisten witnessed code language evolve into tangible violence. When a black former employee of Kisten’s neighbour who was fired after drinking at work turned up to ask for his job back, it unleashed a flurry of WhatsApp messages that quickly escalated, said Kisten.

Two local residents attacked the man who was taken away by private security, with no repercussions for his assailants, she said. “I can understand the point of the groups if they’re used to alert people about real crime, but if someone is perhaps working in the area as a labourer or domestic worker, it doesn’t make sense to be profiling this person.”

Police said during the July unrest last year that under the Cybersecurity Act, anyone inciting violence online could face a fine or three years imprisonment.

Stuurman said homeless people were widely seen as suspicious characters in her Cape Town neighbourhood and residents messaged that they “felt bad” but were calling the police anyway “because they shouldn’t be here”.

“It really pulls us apart from each other in ways that are reminiscent of the apartheid past… The paranoia feeds the belief that someone shouldn’t be in my neighbourhood, and I feel entitled to whip up a frenzy about it,” she said.

In South Africa, fighting crime is a booming industry. The country is home to almost 2.5 million private security officers and nearly 10 500 registered security businesses, according to the Private Security Industry Regulatory Authority, making it among the world’s largest.

There’s a fine balance between connecting with neighbours in these chats and turning them into digital surveillance platforms. Staff from private security companies and police officers are often members of neighbourhood WhatsApp groups.

Teacher Khomotso Alvina Modjadji joined her local WhatsApp group of 250 members in 2018 when a neighbour in the Thembisa township near Johannesburg told her about it. In the mainly black neighbourhood, the group is not about racial profiling, but rather a way to feel more secure, and that “the community is part of the police service”, she said. “The group makes me feel safer. For instance, the other day someone posted about a certain car going around robbing people, so instead of bringing my laptop home I left it at school,” said the 31-year old.

There are ways for WhatsApp neighbourhood groups to minimise the risk of targeting innocent people, including by having a moderator “who mediates and monitors the conversations, and sets out some rules of engagement”, said Kisten.

“There’s a fine balance between connecting with neighbours in these chats and turning them into digital surveillance platforms,” she said.

Some months back, a power cut meant that Stuurman could not open the automated gate outside her building. She sent a message on her building’s WhatsApp chat, and a neighbour came to open the gate for her manually in less than a minute, she said. “We need to see whether these groups can become less about surveillance and more about community,” she said.