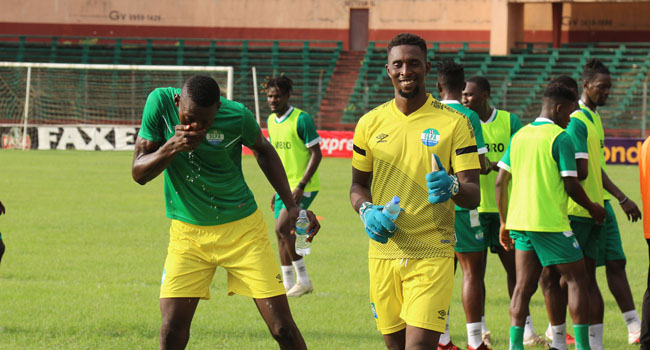 Kei Kamara converted a penalty to take Sierra Leone to the Africa Cup of Nations for the first time since 1996 with a 1-0 win over Benin on Tuesday in a qualifier twice postponed due to a coronavirus tests drama.

Victory qualified Sierra Leone on goal difference after they finished level on seven points with Benin in Group L, which Nigeria won comfortably. 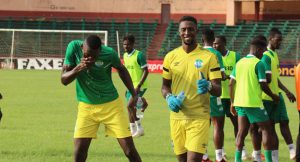 It was the first win for the Leone Stars in the mini-league after four draws, and an away defeat by Benin two years ago.

The qualification of Sierra Leone ended a Covid-19-induced saga spanning four months over who would fill the final berth at the biennial showcase of African football.

It began on March 30 in the Sierra Leone capital, Freetown, where Benin refused to take the field after five of the starting line-up were told just before the kickoff that they had tested positive for Covid-19.

The tests were conducted by Sierra Leoneans and Benin alleged that the results were falsified to rob the team of five stars, including Steve Mounie, who played for the then Premier League club Huddersfield Town.

Sierra Leone appealed to CAF and Benin to the Switzerland-based Court of Arbitration for Sport (CAS), with both seeking a 3-0 victory and qualification.

Each appeal was rejected and CAF ordered the match to be replayed on Monday with the venue switched to Nongo near Conakry because the national stadium in Freetown was not up to international standards.

Ahead of the second attempt to resolve who finished second, all the Sierra Leone players tested negative only for six reserves to be declared positive just before the kickoff.

No reason was given for the dramatic change, after tests conducted by CAF, and when Sierra Leone declined to play, the match was put back 24 hours.

Sierra Leone join 23 other countries who have secured places at the Cup of Nations, including defending champions Algeria, hosts Cameroon and record seven-time title-holders Egypt.

The Cup of Nations, which was originally scheduled for early this year, will begin on January 9 and conclude on February 6 with the final in Yaounde.