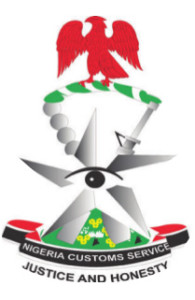 The Seme Area Command of the Nigeria Customs Service revealed that it generated N1.4 billion as revenue in December 2015.

According to a statement by its Public Relations Officer, Taupyen Salenchang, the amount exceeded the command’s monthly revenue target of N1.021 billion with N398million representing a 40 percent increase.

The command also made 17 seizures worth N6.9 million within the period under review.

Acting Area Controller of the command, Deputy Controller Sabo, H.A attributed the increase in the command’s revenue profile to the lifting of restriction on rice importation through the land borders which he said was processed strictly according to the official benchmark price of $470 per metric tonne.

He was quoted as saying that the success story recorded in the command was a result of the determination and commitment demonstrated by its officers and men in strict adherence to import procedures and guidelines.

He called on stakeholders and the host community to support the NCS in order to achieve its mandate of revenue generation, suppression of smuggling and facilitation of legitimate trade across the frontier and security at the border.