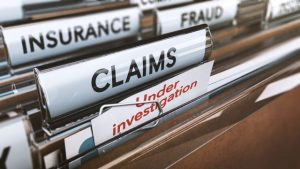 The Director General of the Securities and Exchange Commission (SEC), Lamido Yuguda says the Securities Issuers Forum (SIF) will create a platform for issuers to brainstorm on how to attract more listings and improve contribution of issuers to the development of the capital market.

Yuguda who stated this in his opening address during the virtual inauguration of Securities Issuers Forum by the SEC, in collaboration with Nigeria Employers Consultative Association (NECA), said the SIF has the potential to act as a bridge between the SEC and issuers.

According to him, it is also expected that with the establishment of SIF, the SEC will be well-positioned to engage issuers on capital raising opportunities that would facilitate increased participation in the market and develop new products to meet the funding needs of the issuers.

“In the United States of America and South Africa, the American Securities Association and the Debt Issuers Association respectively serve as the associations for issuers of securities.

“In Nigeria, the Nigeria Employers Consultative Association (NECA) the umbrella body for over 3,000 members seeks to protect the interests and rights of businesses and ultimately influence policy making. By encouraging the establishment of the SIF in collaboration with NECA, the SEC hopes to bridge the gap that exists between the expectations of issuers and the requirements of the regulator.

He pointed out that while forums for issuers are not very common in the African region, they have proven to be a panacea for capital market advancement in the UK, Europe and Asia.

In his remarks, the Director General of NECA, Dr. Timothy Olawale expressed appreciation to the SEC for the inauguration, stating that the event is important to the business community especially coming during the current economic constraints being faced globally.