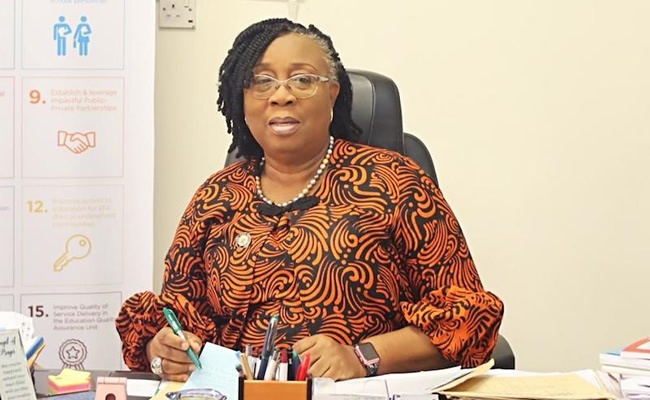 Only JSS3 and SS2 students will be allowed to resume school on Monday, September 21, 2020, says the Lagos State Government.

The Commissioner for Education in Lagos State, Folashade Adefisayo disclosed this in a statement on Sunday through the Head, Public Affairs, Ministry of Education, Kayode Abayomi while revealing plans for a new 2020/2021 Academic Session resumption for public and private schools.

She said that the state would adopt a phased approach in opening public schools, thereby congratulating the SS3 students for successfully completing their WASSCE exams and urging them to stay safe as they wait for their results.

Mrs. Adefisayo stated that the phased approach to opening will enable public schools to meet COVID-19 social distance rules and safety protocols which will help watch the behaviour of the pandemic as “we gradually open up our schools”.

“The present JSS3 and SS2 students in public schools in the state are to resume classes from Monday, 21st of September, 2020,” she added .

She explained that the resumption will permit the present JSS3 students who are already in an exiting class to revise and get adequately prepared for their forthcoming Basic Education Certificate Examination (BECE) organized by the Lagos State Examination Board and scheduled between Tuesday, 6th and Monday, 12th of October, 2020.

According to her, the resumption will also afford the present SS2 students an opportunity to prepare effectively for their transition to SS3. The scheduled dates and venues for Entrance Examination into Lagos State Model Colleges are expected to be announced by the State Examination Board soon.

The commissioner assured parents that announcements for opening the other classes will occur as soon as the state is certain of their safety.

In the meantime, “the unopened classes in public schools will continue their lessons on our various distance learning platforms (Online platform, radio, television and WhatsApp) while the next phase for physical resumption will be announced in due course”.

For private schools, Mrs Adefisayo also announced that private primary and secondary schools in the state are allowed to resume on Monday, September 21, 2020.

She added that the State Government strongly recommends and encourages school owners to put safety first and open in phases similar to the plans for public schools.

The phased opening includes strategies for staggered resumption in the mornings, classes on alternate days during the week, and teaching through various distance learning methods.

However,  pre-primary classes and schools in both public and private schools will remain closed until further announcements by the government.