RE-APPEAL COURT AND CONFLICTING JUDGMENTS (Hatchet Men On The Loose) 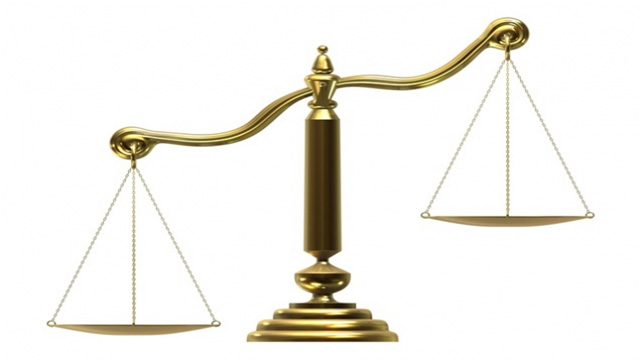 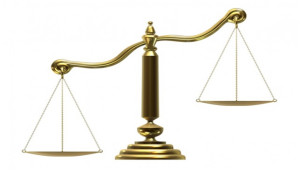 After reading numerous sponsored articles and reports from hatchet men sponsored by the PDP and Abia State Government, who are parading them selves as journalists and legal critics of the recent Appeal Court judgment, I am compelled to appreciate the more, the words of late Dr. Chuka Okadigbo that “Those who air their views without making reference  to specific empirical data should rather be pitied that hated”.

I now pity dozens of media men, contracted and positioned in different media houses, from different parts of the country, and with different pseudo names to condemn the judgment that sacked Okezie Ikpeazu, cast aspersion on the integrity of the learned justices of Appeal Court that gave the judgment, as well as play on the intelligence of the Justices of the Supreme Court ahead of the decision of the Supreme Court on the matter, because such writers and critics have made them selves prisoners of conscience.

I pity them because the numerous sponsored publications have not only failed woefully both legally and morally  to disapprove the fact that Dr. Alex Otti convincingly won the Abia Governorship election, but the articles have conspicuously exposed the uniformity of ignorance of the contracted writers who have toed the same fallacious path, while making the same unjust demand for rerun.

The same tragedy of intellectualism and morality befell one Mr. Kunle Olasanmi (Apology to any innocent bearer of this name, whom Abia State Government might have used to cook up the empty and poorly thought out write up that attracted this rejoinder). The said Olasanni started by claiming that over 300,000 voters were disenfranchised, unfortunately he wasn’t bold nor intelligent enough to back up his false claims with facts, he merely dished out misleading claims and fictitious figures with the intent to hoodwink.

First, it must be noted once again that election was held in Abia, and all the 17 Local Government Areas were given the opportunity to freely cast their votes in adherence to the provisions of the electoral act and INEC guidelines. INEC later found out that election didn’t take place in some polling units in 9 L.G.As of the State, and to avoid disenfranchising eligible voters, declared the election inconclusive.

Subsequently supplementary election was conducted, and all the parties took part. Before the supplementary election, APGA and Alex Otti had raised an alarm after discovering that PDP and Okezie Ikpeazu had connived with some corrupt elements in INEC to remove the original Result sheets of the 3 L.G.As, and after discovering that Otti was leading with over 60,000 votes, subsequently pushed in those fraudulent results that though gave them temporary and undeserved victory, which today has become their greatest albatross.

That atrocious and fraudulent allocation of results which PDP vehemently resisted it’s cancellation before the announcement of result was responsible for the over voting that took place in those three L.G.As and upon which the Appeal court in adherence to the provisions of the Electoral Act justly and wisely exercised it’s powers by canceling.

The Olasanmi of a person also claimed that the approach adopted by the Appeal Court raised many questions, and the questions he rhetorically asked were; what happened to manual accreditation where the card reader fails? Was it not part of INEC guidelines? Why did INEC provide incident forms? Was it only in Obingwa, Osisioma and Isialangwa North that there were more votes than the card reader recorded? What about Aba North and South? What about Arochukwu and Ohafia? Why did the court accept manual accreditation in these area and disallowed it in Obingwa, Osisoma and Isialangwa North?

The above rhetorical questions and claims from Olasanmi exposed acute ignorance, incompetence and dishonesty, and wouldn’t be getting any dignified response from me if not for the sake of vulnerable and unsuspecting members of the public whom he was sent to deceive, misinform and mislead.

INEC were firm in their guidelines and made it clear through a well publicized press release that “No Card Reader, No Voting in the Governorship Election”. They made it clear that where the card Reader failed, election would continue the next day. Manual accreditations were used only in the Presidential and National Assembly elections. INEC knew that mindless election riggers and their thugs were standing by to write fake results that would deny citizens  their right to vote, hence the honorable directive. The fact that some one who presented him self as a Reporter is ignorant of INEC’s position on the use of Card Reader makes him unfit to even discuss any thing concerning the last election, let alone the controversial Abia case.

Olasanmi went ahead to ask if it were only in the 3 LGAs that over voting took place? The answer is capital YES!, if you think otherwise, please prove it.

Mr. Olasanmi signed, sealed and gazetted his very poor piece with an alarming and irritating falsehood when he claimed that “The All Progressive Grand Alliance only has one member of the House of Representatives out of the available 11 seats up for grabs in the National Assembly elections and 6 members of the Abia State House of Assembly in a 24 member House”.

Abia State does not have 11 Federal Constituencies, rather 8, again, APGA did not win 6 House of Assembly seats rather 11. I hope this makes nonsense of Olasanmi’s false claim and presents him as an incompetent stranger who aspires to be a king in a foreign land he knows nothing about.

With the above twisted calculation, Kunle Olasanmi labored in vain to create the false  impression that by getting more legislative seats  through massive election rigging, PDP and Okezie Ikeapzu are more popular and acceptable in Abia than APGA and Alex Otti; well this is like saying that hell is better than heaven, and the preacher of such sermon should rather be pitied than hated.

If the likes of Olasanmi and other emergency critics of the Appeal Court judgment were sincere, I am sure they would have asked questions concerning the numerous miscarriage of justice involving innocent and popular APGA candidates in Abia.

They would have asked to find out what made a Judge of this era to dismiss the case of Dr. Ejike Orji against Hon. Nkiruka Onyejiocha on the grounds that it was served through substituted means. Even when the President of Court of Appeal intervened and directed that the Appeal be heard on its merit, the Justices later claimed that the Registrar of the court did not serve them with the letter from Appeal Court President. The obviously compromised Registrar later claimed he forgot to deliver the later to the panel, and even if he did, who should bear the consequences.

In the case of the APGA candidate for Arochukwu/Ohafia Federal Constituency, Chief Nnamdi Iro Orji (Opotoyom), the tribunal was so mean to the extent of rejecting his result pink copies which showed he won the election as contained in polling unit results. Also the INEC report that indicted the PDP in some wards where they cooked up fake figures was equally rejected by the Tribunal, and the PDP candidate’s election was upheld.

What of the APGA  House of  Assembly Member whose election was nullified on the grounds of certified forgery while the PDP House of Assembly candidate who was found guilty of both certificate forgery and double registration was recommended for trial in a regular count by the same Tribunal.

These are few of the many unjust judgments delivered against APGA candidates collectively chosen by the people.

No doubt, the PDP and Abia State Government have succeeded in stealing many of our mandates, but Alex Otti has remained resilient through the revolutionary support, solidarity and prayers of millions of Abia masses, and through the mercy of God in ensuring that the mandate of the people is reclaimed.

Like Karl Max observed that “The economy is the infrastructure upon which all other structural patterns are built”. The Governorship seat is the super structure upon which Alex Otti shall anchor his visionary economic blue prints to create the necessary economic sub-structures that shall help drive Abia out of this man made mess; therefore we cannot afford to surrender it to the cabal.

It is shocking that in-spite of the wind of change blowing across the length and breadth of the country, some people still offered themselves to be used in stopping the  change Abians desperately desire; but such people should be informed that our Redeemer Liveth!

I am happy that most of the hatchet men have proven their incompetence because they were presented with falsehood in place of facts to tackle a sensitive matter they are ignorant of. That is why Olasanmi swam like a kindergarten swimmer who accidentally found himself deep in the ocean, and because he wore no safety jacket, got drowned.

To Okezie Ikpeazu and PDP who are desperately begging for an undeserved rerun, our message is simple; you came to power through the back door and through violence, but we are kind enough to be sending you packing through the front door and through peaceful means (The Judiciary) so be grateful for once, and stop wasting our commonwealth on hatchet men whose poor criticisms and write ups have become more of liabilities than assets as far as this matter is concerned.

To Olasanmi and others, my message is simple; because you have consciously and unjustly raped the nobility and ethics of journalism, and indulged in journalistic infelicity by serving undiluted falsehood to your readers without considering the far reaching negative consequences, I am forced to issue a CAVEAT here which reads; “Abia is now in the hands of enemy forces, contracted by the desperate Abia cabal to consolidate the unjust occupation of the Abia slave masters; therefore, readers beware!!!