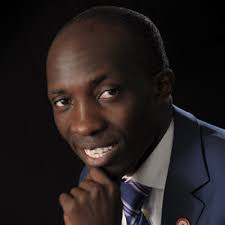 From poverty to the pinnacles of power

My name is Raphael Obonyo from Kenya. I grew up in Korogocho, the third-largest slum in the capital, Nairobi, where people live in grinding poverty.

I was the fourth child in a family of nine, and we all lived in a single room with our parents. My dad was a cook at the University of Nairobi. He walked 10 km to and from work daily to support our large family.

From an early age, I knew that education would be my only route out of poverty and hence took my studies seriously. In school I befriended my deputy head teacher’s son and we became study partners. The teacher, Stephen Kariuki, would buy books and other school items for me and his son.

It was impossible to study or do homework at home because there was not enough light from the tin lamp we used. Mr.Kariuki opened his home for me to study on weekends. In academic grading, I was always first in class and his son would be second, or vice versa.

I was among the top students in the Kenya Certificate of Primary Education exams in 1995. Because my dad couldn’t afford to send me to high school, my friends from St. John’s Catholic Church in Korogocho raised money to pay my fees for the first term at Dagoretti High School.

Many of my classmates were from wealthy and prominent families, unlike me with meager possessions that included donated secondhand uniforms and small change for pocket money.

In school I faced hardships. Frequently I was sent home for nonpayment of school fees. During visiting days, I watched with envy as fellow students were visited by relatives clutching big shopping bags filled with food and goodies.

During holidays I would walk the 10 km from Korogocho to McMillan Memorial Library in the city and back, to study. Despite all these hurdles, I performed well and was admitted to the University of Nairobi.

After undergraduate education, I did community work in Korogocho before clinching a scholarship from the International Fellowships Program through the Ford Foundation to take a master’s in public policy at Duke University in the United States.

In 2012 I was selected to serve on the United Nations Habitat’s Youth Advisory Board (YAB), and I was later nominated as a special adviser. My profile had been subjected to a global vote, where it received the highest number of votes.

YAB is a board comprising 16 young people from across the world. The board members are volunteers, and for two years they serve three main roles: represent young people in local and international forums, advise the UN on how to engage urban youth in sustainable urbanization, and develop and strengthen youth participation and advocacy in youth-led initiatives.

Through this UN role, I traveled to different countries around the world, spoke at many forums, and met and shared platforms with presidents and other global leaders.

Currently, I sit on the boards of international bodies such as the Global Diplomatic Forum and the World Bank’s Global Coordination Board on Youth and Anti-Corruption.

I am also giving back to my community. I took part in initiating various youth and community development projects, including the Youth Congress of Kenya and the Kenya Youth Media, which have trained many young people from Korogocho on entrepreneurship, filmmaking and journalism. After training, we help teach the trainees how to access capital to start small businesses. The initiative is helping to improve living conditions and reduce poverty amongst the youth.

I have always described myself as a restless dreamer. My ambition is to one day serve as the Secretary-General of the United Nations or the president of my country. But most importantly, I want to keep doing my best at every level, to be the best that I can be, and to make a difference in the world.

So this is not all. There is more work to do. I see myself as a work in progress.

I always share the story of my life journey to inspire young men and women born in disadvantaged places. I often urge the youth to live by the three d’s: dream, discipline and determination.

I have faith in the young people of Africa. My passion for the youth is founded on our enormous potential to create a better future for ourselves and for others.

Youth in Africa need opportunities. They represent dynamism, talent and energy that must be harnessed for the continent to make real progress. It should go without saying that the youth are Africa—and we cannot leave Africa behind.