No comments to show.
Columns News 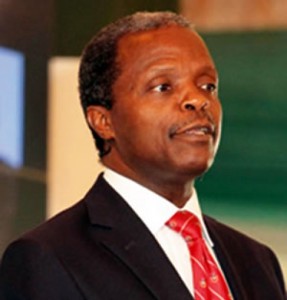 A young and very patriotic Nigerian contacted me from Japan recently. The volume of messages I receive daily from Nigerian millennials all over the world is one reason I have been unable to just close shop and give up on Fatherland. They are so passionate about their country! Every day, hundreds engage me, privately or publicly, taking me to task over issues relating to our country: “why did you write this?” “what is your take on that?”

The young man in question took me to task over a statement I have often repeated on Facebook, to wit: “Nigeria is not a zoo because Nnamdi Kanu says so; Nigeria is a zoo because she rewards crime and impunity.”

The young man wanted to know if I truly believe that impunity makes Nigeria a zoo or my frequent recourse to that statement is just a way of letting off steam.

No, whenever I make this statement, I am not letting off steam. Impunity is what makes Nigeria a zoo, not Nnamdi Kanu’s misguided rhetoric of hate. There are harmful things that Nigerians do to Nigeria in every station of life on a daily basis precisely because they can predict the outcome: lack of consequences.

Daily life in Nigeria is a bazaar of nation-ruining actions devoid of consequences. You just do it because you can. Just like that. We are unaware of the enormity of the problem because we think it is limited to politicians and public office holders. But many Nigerians have country-ruining impunity running as blood in their veins. We have allowed it to become second nature; to define us. DNA tinz.

Professor Osinbajo went to Okene in Kogi state last week and stood on the same podium with Abubakar Audu, his political party’s gubernatorial candidate in the forthcoming elections. For the record, I have condemned that election as a choice between Satan and Lucifer. I don’t want my focus on Audu here to be twisted by any reader into an endorsement of his opponent, Idris Wada of PDP. I am not endorsing Wada o. Ehen.

Appointing Magu to head EFCC, blocking leakages here and there, adding more bark to the work of the CCT (hopefully there will be some bite soon) – these are all practical baby steps in the fight against corruption. But so great is the power of symbolism that a thousand practical steps could be destroyed or rolled back with just one symbolic misstep.

Abubakar Audu’s corruption history is terrible. No need going into all the sordid details here. Suffice it to say that he still has an ongoing corruption indictment with EFCC to the tune of N11 billion. In any standard democracy, it would have amounted to political suicide for a sitting Vice President to publicly cuddle a man indicted by the anti-corruption agency of his own government. It is bad enough that his party settled on such a candidate!

Professor Osinbajo is not the only one who doesn’t have to worry about consequences because he functions in Nigeria. Governors Adams Oshiomhole and Olusegun Mimiko are on their way out of office. Before they leave, they are both looking for last-minute loans. Mimiko even tried, as we say in Nigeria. He is looking for a domestic loan of only N7 billion. Unlike Mimiko, Oshiomhole is not a local champion. He does not play in the local league. He is looking for a foreign loan. Maybe too much rainfall is what has been preventing him from traveling abroad to pick up the loan check.

Now, why are Oshiomhole and Mimiko taking last-minutes loans – moves that could crash them in polls and have dire consequences for their political future in standard democracies? Because they both know that they can access these loans a day to leaving office, parlay a substantial part of the said loans into juicy retirement packages for themselves, and end up in the Senate where they will hook up with Godswill Akapbio to break traffic rules in irresponsible convoys – and still end up with Nigerians defending them.

As civil servants, teachers, Pastors, imams, mechanics, market women, students, hair dressers, farmers, traders, the Nigerians defending these guys in government also produce hundreds of thousands of acts of micro-impunity in every sphere of our national life daily. As for Nigerians in Diaspora, they are law abiding citizens here but they cannot wait to get off the plane in Lagos or Abuja to partake in the festival of impunity.

That Nigerian waiting patiently for his turn in the queue in London, Washington, Ottawa, or Paris is just forming law abiding citizen. Once he gets off the plane in Nigeria, he is going to try to jump the queue at immigration. If you accost him, he will answer you:

So much for thirty years of life abroad!