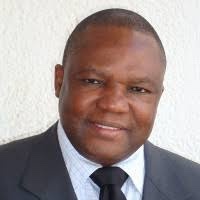 The International Labour Organisation warns that, globally, job losses could reach as high as 50% of the workforce. Agriculture, manufacturing and the retail industry have also registered massive losses. Aviation, logistics and tourism have suffered losses worth trillions of dollars. Telecoms giant, Apple, reported catastrophic delays due to major supply disruptions. Hyundai and Nissan have closed down several of their factories. Global stock markets have registered losses exceeding $7tn while the FDI flows have virtually dried up. The banking sector is reeling under the pressures. Global remittances are expected to fall from $554bn in 2019 to $445bn in 2020.

The novel coronavirus entails a rising debt burden in both rich and poor countries, as nations borrow heavily to balance their budgets and to provide essential health services. The poorest countries will be most affected, given their fragile economies and financial conditions. According to the Paris-based OECD, an additional 3.6 million more will join the ranks of the hungry while 3.8 million more children will become malnourished and 84 million more will be denied access to essential vaccines and health services. There will also be a decline in global solidarity as donor countries cut back on the ODA by as much as $12bn this year alone, equivalent to the total annual external aid budget of the French Republic.

The IMF predicts an impending global recession that will be worse than that of 2007-2009 that came on the wake of the subprime financial crisis. Nobody can be sure when the pandemic will pan out. Much will depend on finding a vaccine before year’s end.

Economists have laid out four possible global recovery scenarios. The first is a V-shaped scenario. This would be a large dip, followed by a sharp and steep climb up to full recovery. This would be the best possible scenario, all things being equal.

The second recovery is a U-shaped scenario, in which a deep slump is followed by a bottom that gradually builds up, leading to a full recovery.

The fourth — the worst by far — would be in the form of an L-shaped recovery. Here, the current slump goes on for a protracted period while global supply chains and logistics take much longer to get back on track.

The global pandemic seems to have reinforced the power of the state as the primary actor in international politics. The power to enforce wholesale lockdown of entire nations, including closure of businesses, cultural centres and places of worship is unprecedented. About 84 countries have declared national emergencies while 38 have suspended vital human rights, including press freedom, as a result of the pandemic. For our new authoritarians and latter-day populists, it provides further ammunition in their mounting arsenals against democracy.

Some have likened COVID-19 to World War III, in which China has apparently defeated the United States. Before the pandemic, Washington and Beijing had been entangled in a protracted trade war.  The Trump administration had lumbered the Chinese with punitive tariffs for alleged trade dumping. The Chinese retaliated with its own tariffs and trade restrictions. There had also been some sabre-rattling on the South China Sea. When COVID-19 broke out in November 2019, Donald Trump described it as “the Chinese virus”, angering the mandarins in Beijing.

Among our Ndigbo, it is said that when a corpse is being carried across the marketplace, it always looks like firewood. Until the corpse happens to be your own kinsman. The Americans seemingly exhibited some level of schadenfreude at the calamity that befell the Chinese in the winter of last year. There were mutual recriminations on the origins of the virus itself. But no sooner had the contagion spread to North America that the Chinese withdrew to their own shell. They began leveraging their surplus-capital position to frenetically buy up depressed assets and firms in the West.

The ancient Chinese military strategist Sun Tzu famously observed that the best wars are won without firing a shot: “The supreme art of war is to subdue the enemy without fighting.” China has apparently won World War III without fighting.  The global geopolitical pendulum has irrevocably swayed in favour of the Middle Kingdom.

What we may be facing, going forward, is the intensification of rivalry over politico-economic systems. This is unlikely to take the shape of the ideological confrontations of the Cold War. Rather, we may face a new rivalry based on national systems of economic and political organisation and their ideological ramparts, i.e. authoritarianism versus liberalism. The United States will present its liberal political and economic order as the best of all possible worlds. China, on the other hand, will present its own managed economy model and centralised-authoritarian political model as the best of all possible worlds.

The Chinese influence across the emerging world may take the form of increasing mimesis in relation to the Chinese model. The Chinese pride themselves in being successful in building first-rate infrastructure and a world-class economy without liberal democracy. President Xi Jinping has altered the constitution by giving himself the status of president-for-life. There have been no political fallouts because the economy has fared well under his quiet and benign rule. He has dealt mortal blows to powerful political elites that have been convicted of corruption.

We may face a brave new world in which state actors will reinforce their prerogative for economic and political action at the expense of multilateralism. At the peak of the COVID-19 pandemic, the United States acrimoniously withdrew from membership of the WHO. The Chinese gladly filled up the space by taking up the tab for almost a billion dollars on behalf of the global health body. We may see similar actions by the US on several other international agencies. This cannot be good news for international cooperation. For all their money and generosity, China is not an open society.

COVID-19 has not only deepened the cracks in the Atlantic Alliance, it is also threatening the foundations of New Europe. The Italians faced their worst nightmares alone, without help from Europe. Most of the Schengen countries closed their borders. The gradual retreat from European multilateralism is likely to lead to a world of greater disequilibrium in the years ahead.

China is gradually repositioning herself as the banker to the world. They are investing more than $2tn for their ambitious New Silk Road project that will link China to central Asia, the Middle East, Eastern and Western Africa, the Mediterranean and Southern Europe. Beijing is carving out a new co-prosperity sphere that will eclipse the US. China is increasingly assuming the status of the provider of critical global public goods. But it is not a champion of a new international liberal order. For over a millennium, they have seen themselves as the Middle Kingdom, the sun around which all the planets are destined to be circling forever. Chinese dominance may lead to the erosion of the international liberal order as we have always known it.

The outcomes of the American presidential election in November may well determine the shape and physiognomy of world politics in the coming years. If Trump wins, we are likely to see a return to American isolationism and retreat from multilateralism. If, on the other hand, Joe Biden wins, we shall witness American re-engagement with the world and re-assertion of its global leadership role.

Much will depend on the ability of a few enlightened leaders who can foster a new global coalition committed to building a brave new international order anchored on peace, security, social justice, solidarity and hope.

Obadiah Mailafia ,former Deputy Governor Central Bank of Nigeria is a fellow of the Society of Project Management and Development Professionals International.