Police authorities have apprehended Stephen Anona, a 32-year-old man who allegedly slaughtered his debtor, Daniel Bassey Solomon and concealed his body parts in an Ecolac and water-proof bag before fleeing to his village.

Anona, who hails from Njikoka Local Government Area of Anambra State, had, according to eyewitness account, invited the deceased, who was from Uruan LGA in Akwa Ibom State to his house in Nwaniba area of Uyo for a debt-settlement talk on Tuesday, July 28 before slaughtering him.

“He butchered him like goat with head, hand and leg  cut-off and stuffed into an Ecolac and ‘Ghana-Must-Go’ bags which he later dumped in a nearby  bush close to the University of Uyo (UNIUYO),” the witness told theeconomyng.com. 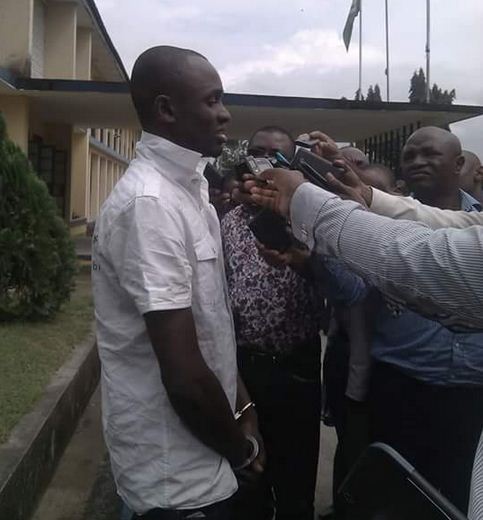 After incident, Anona reportedly ran to his village. But his luck ran out when a neighbour who suspected him eventually opened his window to discover decapitated human parts and subsequently called the police who trailed him to his hometown in Anambra State and nabbed him.

Anona, who blamed devil for his dastard act, however, told journalists that he used to have cordial business relationship with the deceased (Daniel Bassey Solomon) for whom he opened a barbershop as well as lend him the sum of N700,000. But things changed when the beneficiary failed to meet up with his repayment terms.