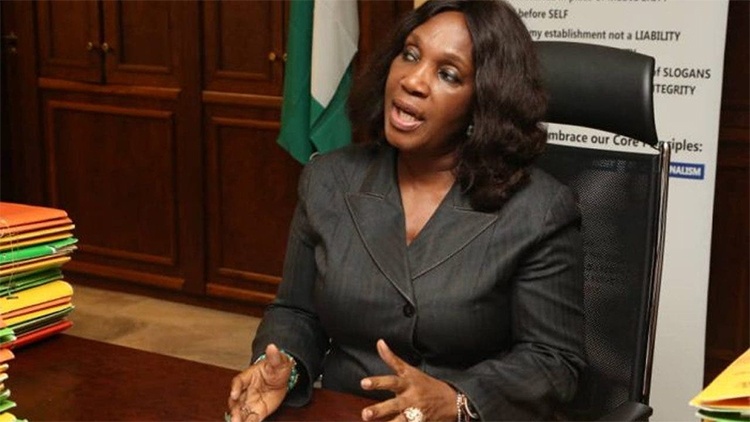 Ordinarily, Joi Nuneih, ex- acting Managing Director of the Niger Delta Development Commission (NDDC), is a bold and confident no-nonsense woman with little patience for inanities, but when men of the Nigerian Police barricaded her home in Port Harcourt last week, it was a cowed and flustered Nuneih that peeped from her window and made frantic calls until help came her way from the Brick House.

The arrival of Governor Nyesom Wike of Rivers State provided the respite she needed.

But now, the Rivers State Police Command has requested the Governor to release the lady to them for questioning by the IGP Monitoring team. The police Public Relations Officer, Nnamdi Omoni, said the officers who attempted to arrest the lady on the day she was scheduled to testify before the House of Representatives ad hoc Committee investigating financial sleaze in the NDDC, actually came from the office of the IGP in Abuja and that they followed due protocols in carrying out their assignment: “The reference indicating that the officers were without the directive of the CP nor the IGP is preposterous and most unfortunate, hence be discountenanced and disregarded,” he said.

The Commissioner of Police, Rivers State Command, Mr Joseph Mukan, urged the Governor to promptly hand over Ms Nuneih to face the police but during her virtual appearance at the National Assembly, she opened more can worms and expressed concern for her safety.