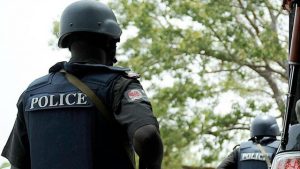 The Peoples Democratic Party Chairman in Igumale Ward 2 of the Ado Local Government Area of Benue State, Orinya Ajibo, has been arrested for his alleged complicity in the kidnap of a businessman in the area.

A source said Ajibo, who is popularly known as Akparata, was implicated in the kidnap of the businessman.

The source alleged that the business man was kidnapped along Igumale-Otukpo Road about two weeks ago. He said, “The businessman lives in Otukpo but do business in Igumale, headquarters of Ado LGA.

“It was after he was released on Thursday that he alerted troops of Operation Whirl Stroke deployed to Ado that the party chairman was one of those who kidnapped him.”

The victim was said to have paid N3m before was released. “The troops of Operation Whirl Stroke arrested the suspect and brought him to Otukpo Police Station on Monday,” the source added.

The chairman of Ado LGA, James Oche, said the victim mentioned Ajibo as an informant of the kidnappers.

He said, “The case is still under investigation, it is too early to conclude, but one thing I want to assure you is that we don’t have room for any person who is associated with crime, no matter highly placed you are.”

The Commander of Operations Whirl Stroke, Brig. Gen. Clement Akpere, confirmed that his troops arrested “one person for alleged kidnapping in Ado. I am not aware if the suspect is a politician.”

The state chairman of the PDP, John Ngbede, said that he was not aware of the arrest.

The state police spokesman, DSP Catherine Anene, said she had yet to get any information about the arrest.