PIB: House of Reps in rowdy session over 3% for oil communities 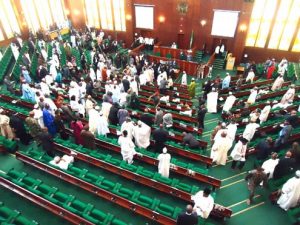 The House of Representatives was in rowdy session yesterday as some lawmakers vehemently protested attempts by the leadership to adopt the report of the 54-member joint committee of the National Assembly which recommended three per cent equity stake for host oil and gas communities in the recently passed Petroleum Industry Bill (PIB).

A motion seeking to declare Bauchi an oil and gas producing State was resoundingly rejected by the House of Representatives yesterday.

The argument among lawmakers was so heated that the Speaker, Femi Gbajabiamila, had no choice but to step down presentation of the harmonised report after it had been slated for presentation.  This forced leadership of the House into an executive session.

This is even as the development drew angry reactions from some stakeholders in the Niger Delta, including the pan-Niger Delta Forum (PANDEF), which cautioned against actions by the federal lawmakers that could throw the region into fresh crisis, that could impact negatively on the country.

It will be recalled that the Senate had recommended three per cent equity stake for host communities in the bill passed a few weeks ago, while the House of Representatives granted five per cent.

The Senate had earlier in the day, adopted the 3 per cent recommended by the conference or joint committee without any hindrance, except with the walk-out staged by former Bayelsa State governor, Seriake Dickson, in protest against the adoption.

Trouble started when the Speaker called the Chairman of the Conference Committee from the House and Chief Whip, Mohammed Monguno, to lay the report at yesterday’s plenary.

Immediately, Monguno sought the leave of the House to step down laying of the report.

Official reasons for the development were not given but it was reliably informed that it was in connection with the Senate’s insistence and approval of the 3% equity shares for the oil host communities which had caused frayed nerves.

Sensing that a similar report was to be laid in the House, some members from oil producing states and the Niger Delta triggered the protests which turned the session into a rowdy affair.

The rowdy session prompted the speaker to call for executive session that heralded stepping down the report.

Gbajabiamila had earlier in his speech to mark the end of legislative year, said the bill will be forwarded to President Muhammadu Buhari for assent.

“The 9th House of Representatives has carried on its constitutional duty to make laws for good governance of the country. After multiple failed attempts over two decades, the Petroleum Industry Bill, PIB, has passed both Houses of the National Assembly and will shortly be transmitted to the President after proper harmonization with the Senate,” Gbajabiamila had said.

With the stepping down of the consideration, it is now uncertain when next the bill will be formally considered and passed into law as both chambers of the National Assembly are proceeding on annual vacation today, to resume in September.

In the Senate, the Conference Committee of both arms of the National Assembly adopted three per cent as the actual annual operating expenditure of the preceding financial year in the upstream petroleum operations affecting the host communities for funding of the Host Communities Trust Fund.

Resolutions of the Senate was sequel to the presentation and consideration of the committee’s report on the Petroleum Industry Bill, 2021( SB.510) by Senate Leader, Senator Yahaya Abdullahi (APC, Kebbi North).

Earlier, Senator Seriake Dickson (PDP, Bayelsa West), who raised a point of order, explained that he walked out of the Senate because of the three per cent equity share for host communities.

Seriake, who came under Order 43 which has to do with personal explanation, said history should note that they were not part of what he described as obnoxious decision against the people of the Niger Delta.

He said: “First of all, you were all here today (yesterday) during the consideration of the conference report and the observations and interjections that I made by which the Senate President permitted me under privileges to make some comments and I made it clear that the three per cent, ab initio, is unacceptable, it is insensitive.

It does not serve national interest because the opportunity cost that this two per cent difference will make in terms of security management of the region and of the communities is not helpful to investment inflow people are portraying. In any case, this is not coming from the Federal Government. That is why I cannot understand the basis.

This money is to be taken out of the operation cost by the IOCs, and the IOCs are not complaining. Yet, this National Assembly and this Senate pegged it at three per cent. There was a time we went into conference and they still upheld the three per cent.

“This morning (yesterday), I drew the attention of the Senate President and senators that in all good conscience to what has happened to the community fund, we will not sit down with them during consensus and I walked out.

“I worked out with some colleagues the very day this was passed and as I informed the Senate President, even during the President’s dinner when we were seated there to honour the President, and we got the report of this conference committee, I walked out, a number of senators also left.

“Today (yesterday), we left because I don’t want history to record us on the wrong side. Some of the senators who followed me, I thank all of them.

“We don’t want history to record that we were part of this obnoxious decision against the producing communities and our people. It is also a decision that is not helpful to the national cause. This is a story that has just started and I hope it ends well for Nigeria.”

Reacting to the 3% equity adopted by the Senate yesterday, the Pan-Niger Delta Forum (PANDEF) and other stakeholders in the Niger Delta, said the National Assembly’s joint conference committee’s re-validation of three per cent equity to host oil and gas producing communities and 30 per cent for Frontier Basin development in the Petroleum Industry Bill, PIB, was a conspiracy against the Niger Delta.

PANDEF, speaking through the National Publicity Secretary, Ken Robinson, said:  “It is no surprise, it is a continuation of the conspiracy against the Niger Delta. PANDEF condemns the insensitivity of the Senate, the NASS in totally, disregarding the outcry and concerns raised by people of the Niger Delta over the paltry percentage allocated to host communities trust fund, while paradoxically, 30 per cent of NNPC’s profit is allocated to exploration of oil in the frontiers. It is regrettable; an act of insensitivity, and PANDEF and stakeholders in the Niger Delta will soon meet to respond.”

Ex-Chief Whip of the Senate and Niger-Delta leader, Sir Roland Owie, said the approval of three per cent for host communities in the just passed Petroleum Industry Bill, PIB, by the joint conference committee of NASS was a confirmation of his age-long belief that people of the oil producing region do not have friends in other parts of the country to support them when it matters most.  “If our National Assembly members think they have friends among the other parts of Nigeria, they are deceiving themselves because I have passed through it,” he said.