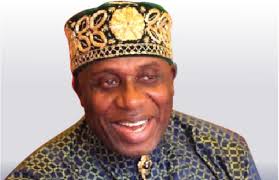 Once the Lagos-Ibadan railway project is completed in December this year, the construction of the eastern rail line which connects Port Harcourt-Bonny to Maiduguri will commence immediately, the Federal Government has declared.

Minister of Transportation, Rotimi Amaechi, who made the declaration in a statement issued in Abuja by his aide, Taiye Edeni, said the commencement of the eastern line was, however, subject to approval by the Federal Executive Council.

Amaechi outlined other projects in line for commencement to include the Kano/Maradi line and the Ibadan to Kano section of the Lagos to Kano rail line.

He was quoted as saying, “We have sent to the cabinet the request for approval of two railway contracts, Port Harcourt-Bonny to Maiduguri.

“If that is awarded, that will be the next assignment for the Ministry of Transportation and also the Kano-Maradi line, which passes through Kano, Dutse, Kazaure, Daura, Katsina, Jibiya, Maradi.”

The minister added, “We are also pursuing the loan for the contract which has been awarded for the Lagos to Calabar rail line. We expect that Ibadan to Kano will commence before the end of this year.”

Amaechi said much work had not been done on the Apapa Station of the Lagos-Ibadan rail line and explained that this was because the building at the station just commenced.