Peacemaker stabbed to death during scuffle in Lagos bar 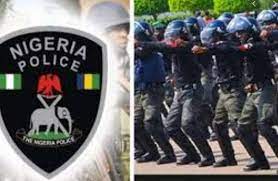 A peacemaker, Aminu Yusuf, has been killed during a fight between two customers in a bar around Volks, in the Ojo Local Government Area of Lagos State.

It was gathered that one Jones Ogelejeme and a yet-to-be identified man were drinking at the bar when an argument ensued between the two men.

The argument reportedly degenerated into a fight, prompting 30-year-old Yusuf, who was also at the scene, to intervene.

Ogelejeme, 29, was said to have thought he wanted to join forces with his opponent, as he allegedly used a sharp object to stab Yusuf in the neck. Some good Samaritans at the bar reportedly rushed him to a hospital, where he was confirmed dead.

A source said that the incident happened around 11pm last Thursday.

He said, “Jones Ogelejeme stabbed Aminu Yusuf in the neck. He (Yusuf) was rushed to the Trust in God Hospital, in the Ira area of Ojo, for quick medical treatment; he later died.”

It was also gathered that an angry mob descended on Ogelejeme and beat him to stupor.

“He was also injured and rushed to a hospital, but he did not die. The person that died was the peacemaker,” another source added.

The case was reportedly transferred to the State Criminal Investigation and Intelligence Department, Yaba, for discreet investigation.
The state Police Public Relations Officer, CSP Adekunle Ajisebutu, promised to get back to us after being briefed. He had yet to do so as of the time of filing this report.

Meanwhile, the Lagos State Police Command has confirmed the arrest of a suspected armed robber, Olawale Samsudeen, in the Bode Thomas area of the state.

The police spokesman, Ajisebutu, in a statement on Thursday, said Samsudeen was nabbed when he and his gang members attempted to rob a store on Eric Moore Close.

Ajisebutu said, “The victim, however, raised the alarm, which attracted a police anti-crime patrol team on a routine patrol in the area.

“The patrol team, in a swift response, raced to the scene and with the assistance of members of the public arrested the suspect, while two others escaped with the gang’s operational motorcycle.

“Items recovered from the suspect included a locally-made pistol and three cartridges. Upon interrogation, the suspect confessed to being a member of an armed gang terrorising residents of Bode Thomas, Surulere, and other parts of the state.”