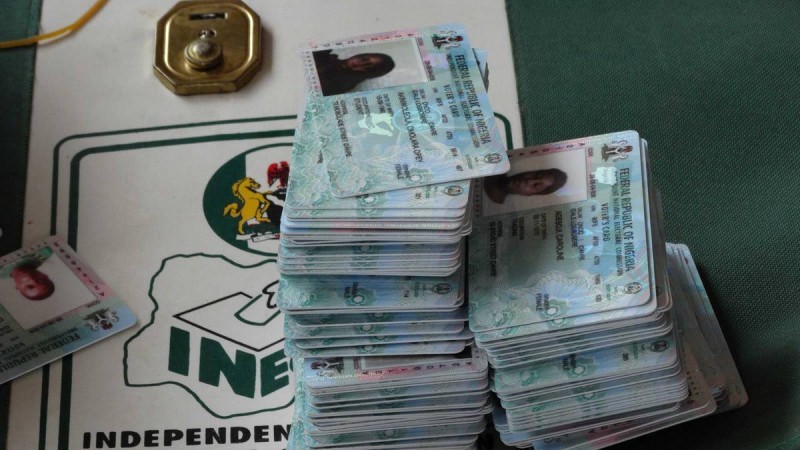 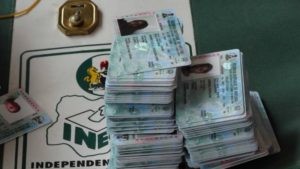 The Independent National Electoral Commission (INEC) says it is partnering with the Nigerian Communication Commission (NCC) to send messages to owners of the uncollected Permanent Voter Cards (PVC).

A National Commissioner of INEC, Mr Soyebi Adedeji, made this known on Monday in Abuja at the Nigeria Civil Society Situation Room Dialogue Session on Osun Election.

Adedeji said that the measure became imperative in order to remind Nigerians of their civic duty so as to ensure a successful electoral process.

He said that the number of uncollected PVCs with the commission was of great concern, adding that this number could determine who wins or loses elections.

“The Continuous Voter Registration has come to an end and INEC has other things to concentrate on since election is a matter of a chain of events.

“Before the end of the CVR the commission as at last week had 10 million uncollected PVCs in its possession, now with the end of the CRV there are additional 14 million registrant cards to be processed within 165 days.

“People need to come and collect their PVCs; it is not just about registering, collection is the most important thing. When people register, the collection is always less than 50 per cent.

“We need to find a way to see what we can do about collection so we have decided to partner with NCC to alert Nigerians on the status of their cards,’’ the commissioner said.

Adedeji said that 46 political parties out of the 91 registered had notified the commission about their primaries and when their activities would pick up.

He urged CSOs to partner with INEC to monitor the activities of political parties to ensure that parties played the game according to the rules.

He said there was need for the parties to follow and respect their rules since they made it to ensure internal democracy and respect for their constitutions, stressing that it was the basis of democracy.

The commissioner said that the call for parties to respect the law they made in their parties was necessary in order to forestall too many legal cases after elections.

Adedeji said that between the last election and September 2018, INEC had appeared in court 1000 times due to lack of internal democracy in parties.

He said that INEC has trained ad hoc staff and had made relevant preparations for the Osun election, adding that the secrecy of balloting was also being looked at.

Nwankwo said that the legislation on electoral offences should be passed if executive was serious about good governance and called for the passage of other bills relating to elections to strengthen the process.

He also called for the neutrality of security agents during elections, adding that a partisan law enforcement organisation could undermine credible election process.

News Agency of Nigeria (NAN) reports that the event was supported by the British Department for International Development (DFID) and the UKaid to promote credible elections in Nigeria. (NAN)