Outrage over Governors’ Forum proposal of N385 per litre of fuel 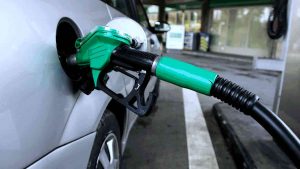 Outrage has continued to greet the report that the Nigerian Governors’ Forum (NGF) has recommended that the pump price of petrol should be increased from N162 to N385 per litre.

The governors had in their last virtual meeting on Wednesday night, made case for full deregulation, recommending N385 per litre of petrol. However, the Christian Association of Nigeria (CAN), Trade Union of Nigeria (TUC), and Petroleum and Natural Gas Senior Staff Association of Nigeria (PENGASSAN)   have reacted angrily to the development, accusing the governors of living in a fool’s paradise. They also accused the governors of failing to appreciate the suffering and the hardships across the country, and warned that their recommendation would cause socio-economic upheaval if accepted and implemented by the Federal Government.

It would be recalled that the NGF, after considering the report of its committee headed by Governor Nasir el-Rufai of Kaduna State, accepted the recommendation that backed full deregulation of petrol, and recommended that the pump price of PMS should hover around N385 per litre.

In his reaction, the Vice Chairman of CAN (Northern Region), Reverend John Hayab, said that it was   shocking that in spite of the prevailing hardship the people are facing, governors are seeking to double the cost of fuel. ‘’Does the NGF really care about the pains and suffering Nigerians are experiencing at all?  The governors should not fund their respective budgets by making things difficult for the people,” he said.

On his part, the President of TUC, Quadiri Olaleye, described the recommendation as unfortunate, preposterous and inhuman.  He said: “To consider this at a time most state governments cannot even pay N30, 000 minimum wage and workers are losing jobs is inexplicable. It took the organised labour years to negotiate the new minimum wage that has been eroded by inflation. The cost of living has become astronomically high, to the extent that a large number of Nigerians cannot feed.”

Olaleye said that the TUC rejects the N385 pump price a litre as recommended by the NGF.

The General Secretary of PENGASSAN, Lumumba Okwugbawa, said the recommendation will not fly because nobody understands the template they used in arriving at it. “For example, what is the landing cost of the imported PMS? PENGASSAN has always supported a deregulation based on local production. Any deregulation based on or driven by importation is bound to cause serious challenges because we are not in control of the fluctuations of oil prices and exchange rates,” he said.