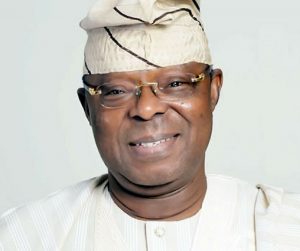 Contrary to claims of having huge non-performing loans to settle with the First Bank of Nigeria, the Honeywell Group has described its business relationship with the bank as highly professional, and in accordance with all regulatory and industry practices and norms.

The Group, in a statement made available to the media on Sunday, explained that the credit facilities, which it had accessed from the bank and other financial institutions, were granted after due negotiations with necessary documentation, and in line with regulatory policies and industry standards.

It added that it had continued to service all its credit facilities in line with the terms agreed with First Bank, noting that at no time had any of the facilities been non-performing.

“In 2015, First Bank under the directive of the Central Bank of Nigeria (CBN) drew our attention to a 2004 circular (BSD/9/2004), which requires that insider-related facilities must not exceed 10 per cent of paid-up share capital.

“Based on this directive, we subsequently entered negotiations with the bank to agree on appropriate repayment structure and the final negotiated position was duly approved by the CBN. It is important to note that from the inception of the facilities, and to date, the facilities have been performing,” the Group stated.

Honeywell Group added that, its facilities were adequately secured with First Bank, with collaterals in place at over 170 per cent of Forced Sales Value and 230 per cent at Open Market Value, in accordance with the agreed terms.

According to the Group, it had also provided additional securities in the form of FBN Holdings Plc shares, held by its Chairman, Dr. Oba Otudeko, as requested by the bank on the directive of the apex bank.

“Honeywell Group has continued to meet all its obligations on its facilities with the bank, according to agreed terms and has reduced its exposure by nearly 30 per cent in 2.5 years. The facilities were charged at market rates and the bank continues to earn significant interest therefrom.

“Like most companies, Honeywell Group utilizes its own equity and borrows from banks and other financial institutions to carry out its operations. Partnering with local and international financiers, we have a strong track record of mutually beneficial successes with our partners, based on honouring obligations and delivering returns to all stakeholders.