OPEC faces a critical moment in its 60-year history 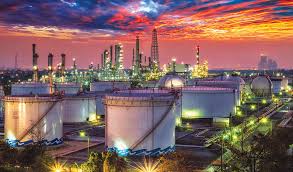 OPEC faces a critical moment in its 60-year history with the coronavirus crushing crude demand and prices, discord among its members, and threats from a world seeking cleaner fuels. Founded on Sept. 14, 1960, OPEC currently comprises 13 members including nations from Africa and Latin America. The 60th anniversary “comes at a critical moment in its history,” UniCredit analyst Edoardo Campanella said in reference to the Organization of the Petroleum Exporting Countries.

“Its ability to steer the oil market in its favor has never been put in question to the extent it is now,” he noted. The Vienna-based institution convenes for regular meetings to assess the state of supply and demand in the marketplace, and its pronouncements can still spark major price swings.

That ability has dimmed in recent years however, prompting it to join forces with ten non-OPEC producers including Russia to curb their collective output. OPEC+ essentially wanted to counter surging energy supplies from shale rock in the United States and help clear a stubborn supply glut on world markets.

Today, OPEC pumps about one-third of global oil — but OPEC+ accounts for almost 50 percent, giving it greater clout. Carlo Alberto de Casa, trader at Activtrades, insisted that the cartel retains a “relevant” function in the market, dismissing talk the organization was a “has-been.” “They are slightly less influential compared to the past, also due to production of non-OPEC countries and new extraction techniques. But I still see a role for OPEC,” he told AFP.

The price war, in tandem with the worsening Covid-19 pandemic, sent oil prices off a cliff — and even caused New York’s light sweet crude contract to briefly turn negative in April — meaning producers paid buyers to take the oil off their hands.

After the unprecedented market crash, OPEC+ in May slashed up to a fifth of its output — a move that triggered a sharp rebound in crude prices to current levels around $40 per barrel. Added to the supply backdrop, the United States, now the world’s biggest oil producer, curbed the pace of costly shale extraction.

Rystad Energy analyst Paola Rodriguez-Masiu, while noting that OPEC has lost market share in recent years, said the cartel still has an important role to play because it possesses the largest amount of accessible crude. This meant that extracting its oil resulted in fewer carbon emissions, she said. “I would argue that OPEC would become more and more important” in the future, she concluded.