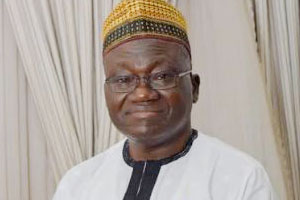 The Organisation of Petroleum Exporting Countries (OPEC) marked 60 years of formation on Monday 14th of September. For the “ideologically” conscious observers of global oil and gas industry, the survival of OPEC in the past six decades is a triumph of the “state” (defined here as Heads of governments of member states of OPEC) over the “market” ( defined as “Seven Sisters” oil multinationals or today’s International Oil Companies (IOCs).

The history of OPEC brings to the fore the lesson in Nelson Mandela’s quotable quote: “It always seems impossible until it’s done.” On the faithful day in the Al-Shaab Hall Baghdad, the “five Founding Fathers” of OPEC, from developing oil producing countries namley: Juan Pablo Pérez Alfonzo of Venezuela; Abdullah al-Tariki of Saudi Arabia; Dr Tala’at al-Shaibani of Iraq; Dr Fuad Rouhani of Iran; and Ahmed Sayed Omar of Kuwait assembled to audaciously announce the formation of OPEC into the world. Audacious because the global energy scene was hitherto under the heels of the so-called “Seven Sisters”: (Exxon (now ExxonMobil), Mobil (now ExxonMobil), Chevron, Gulf Oil (now Chevron), Texaco (now Chevron), BP and Shell” backed by their governments in Europe and America.

The multinationals through collusion and series of unfair market practices determined both the supply and miserable low prices of crude oil.

Can anybody imagine that through the 50s the seven sisters were lifting crude at miserable prices at less than $2 per barrel! The main trigger that inspired the founding fathers was when the multinational oil companies — the so-called Seven Sisters — “unilaterally reduced the posted prices of the crude they collectively colluded to supply” . “These firms effectively controlled the quantity of oil extracted and decided how much was sold, to whom, and at what price.” It was crass resource colonialism!

OPEC’s 60th anniversary assumes special importance for Nigeria. For one, OPEC almost shares self determination history with Nigeria which has commendably started its 60 years independence anniversary.

In line with it’s founding objective, the organization is truly committed to secure and steady supplies and fair returns to investors. It is also a critical success factor in any deliberation in International energy community and the multilateral system. Through it’s sustainable development agenda , OPEC has promoted energy nationalism, Industrialization and beneficiation thus reversing century long energy colonialism, extortion and underdevelopment in members countries. OPEC has shown that with state intervention and collective actions, oil resource curse can turn into oil resource blessing.

Many Member Countries today run their own domestic oil sectors across the entire value chain, from refineries to petrochemicals.

I agree with Mohammad Sanusi Barkindo, OPEC Secretary General in his anniversary reflections that:. “What is clear is that what was set in motion (by “ those founding visionaries”) has stood the test of time; OPEC still has the same core objectives, of order and stability in global oil markets, but its role has also broadened considerably, in terms of deeper cooperation with other producers, dialogue with a host of industry stakeholders, and an embrace of human concerns such as sustainable development, the environment and energy poverty eradication”.

But how has Nigeria fared within OPEC within the last 60 years? . Oil operation began almost simultaneously with the establishment of British colonialism. Fourteen oil wells were drilled in 1908 by a German company called Nigeria Bitumen Corporation in the present day Lagos State before it ceased operations on the outbreak of World War II. Actual oil production did not commence until 1937, when exploration rights were granted to Shell/D’Archy – a consortium owned by Royal Dutch Shell and BP later Shell-BP. Shell-BP was granted virtual monopoly of exploring the land area of Nigeria for oil as a concession by the British Colonial Administration. In 1956 the company in Oloibiri, present-day Bayelsa State, discovered oil in commercial quantities. Since commercial discovery was made, more competing oil companies have embarked on exploitation and production of oil in Nigeria. Shell-BP had therefore relinquished some concession areas to other firms that include Mobil Oil Company (USA), Texaco, African Petroleum Elf, Unipetrol, Total, and Agip (Italy).

Today, there are eight major oil companies. They are Mobil, Total, Elf, Unipetrol, African Petroleum, Texaco, National Oil and Chemical Company Ltd and Agip. Until the present privatization exercise, the companies had varying split ownership between multinational parent companies, private Nigerians, Nigeria stock exchange and government. The significance of the dominance of the petroleum industry by the big oil companies lies in the fact that they dictated the pace and pattern of the development of the industry according to their objective of ensuring high returns. This can be seen from the problem of non-profitable operations of the major oil production.

Thus, until Nigerian government showed sufficient interest in gas development, there had not been a deliberate search for gas as compared to oil by the oil companies. Despite this incidental discovery, Shell- BP that lifted oil as early as 1950 did not begin gas production until 1977. Thus, the economy largely depended on oil production because crude oil is what the multi-national oil companies are interested in as energy commodity.

The oil companies have been known to move away from oil wells that are gas bearing.

The dominance of oil companies in the sector persisted until 1971 when Nigeria saw the need to join OPEC. Until then, oil companies controlled exploration and production of crude oil as well as downstream operation. Nigeria joined the OPEC with a view of taking the advantages and full benefits of her endowed national resources. She then set up the Nigeria National Oil Corporation (NNOC) in April 1971.

The NNOC got transformed to Nigeria National Petroleum Co-operation (NNPC) by Decree 33 of 1977.

The corporation was further restructured in 1983 and 1988 during which its inspectorate unit was renamed Department of Petroleum Resources (DPR) whose duties included formulation of petroleum policies, regulating, supervising and maintaining the upstream and downstream aspects of the industry.

The acquisition of participating interests in all oil-producing companies. The original objective of the NNPC remains to be an integrated international oil and gas company capable of competing in the global petroleum business.

It is however a sad commentary that Nigeria is the only oil producing country without a functioning refinery with attendant wholesale dependency on products imports, export of jobs and export of scarce foreign exchange. This is a paradox because Nigeria in the 70s and 80s was a pride of OPEC with four functional refineries meeting domestic demand and even exporting petroleum products to the West Africa subregion.

It’s encouraging that President Muhammadu Buhari is committed to the revival of refineries.

Nigeria must return to its leading position in OPEC in the 70s and 80s with value addition and full Decent employment for the millions of unemployed youths. Nigeria needs pragmatic policies that call for massive state investment in both up and downstream sectors as well as encouragement of private investment through appropriate policies that ensure returns of investment and reindustrialization of the sector.

From OPEC’s history it is both the state and the market that would deliver fair prices for products and ensure domestic beneficiation. It’s not one or the other. It’s both !

*Issa Aremu is a Member of the National Institute , Jos.