Ondo pastor kidnapped at night in his church premises 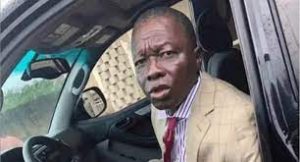 Gunmen, on Monday, stormed a branch of the Deeper Life Christian Church in the Irese community, Akure South Local Government Area of Ondo State, and abducted the pastor in charge, identified as Otamayomi Ogedengbe.

It was gathered that the gunmen invaded the church in a Toyota Corolla car around 9pm and whisked away the cleric to an unknown destination.

A church member, who simply identified himself as Paul, said the men entered the premises of the church in a Toyota Corolla car.

A source stated that the pastor and his wife came to the church for a programme when the gunmen invaded the premises and abducted only the man.

When contacted, the state Police Public Relations Officer, Mr Tee-Leo Ikoro, confirmed the incident and said the command had begun a manhunt for the hoodlums.

“We are on their trail and investigation has commenced into the matter,” the PPRO stated. As of the time of filing this report, the hoodlums had not contacted the family of the victim for ransom.