Olusade takes over from Ohaa as FCTA Permanent Secretary 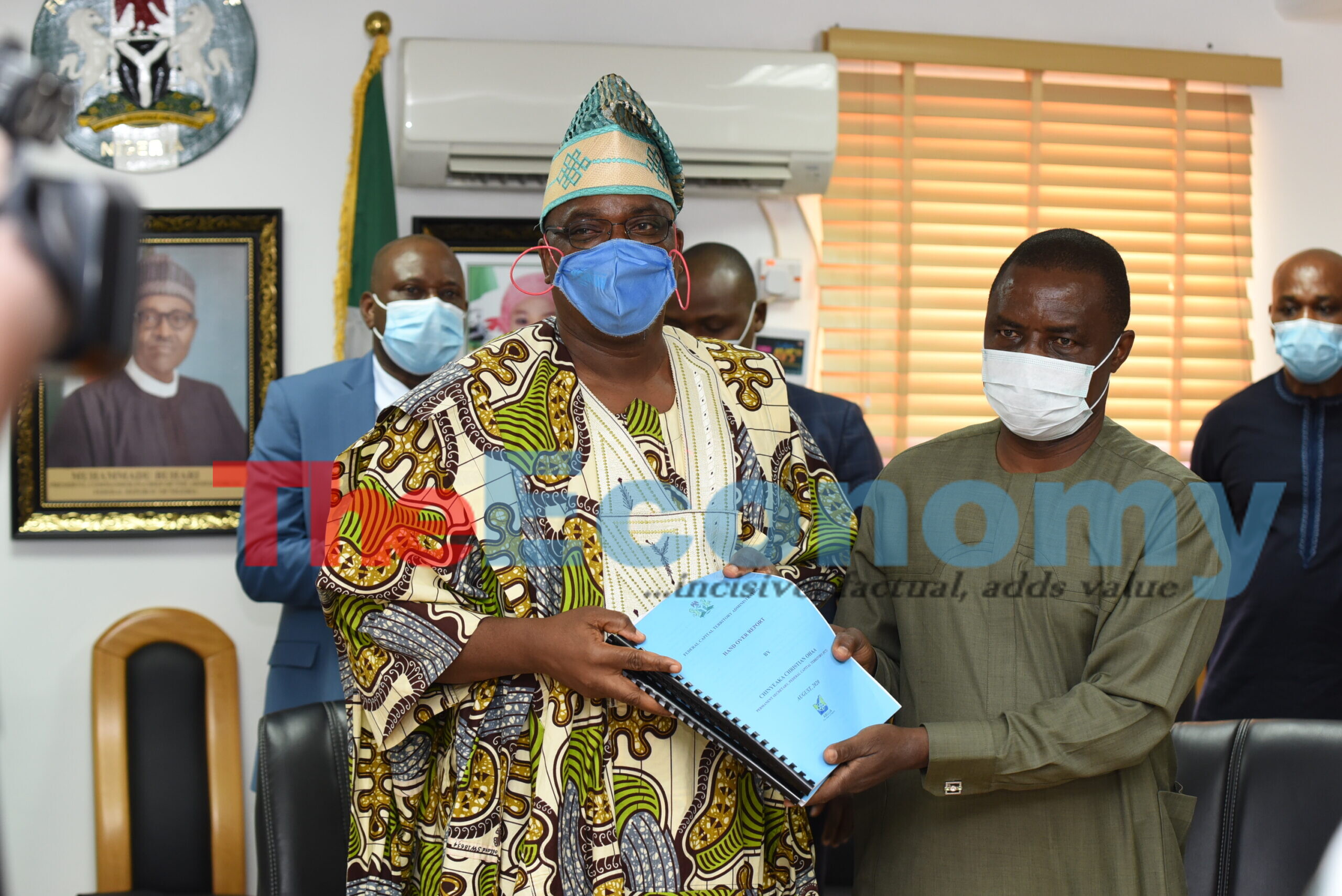 The FCT Minister, Malam Muhammad Musa Bello described the outgoing Permanent Secretary of the FCTA, Sir Chinyaaka Ohaa as a problem solver and a pillar of support.

According to the Minister, Sir Ohaa never shied away from difficult situations, a trait which he had found very useful in the running of the affairs of the FCTA adding that the job of Permanent Secretary of the nation’s capital’s bureaucracy was not an easy one.  While wishing the outgoing Permanent Secretary success in his new place of posting at the Ministry of Power, Malam Bello urged him to be an ambassador of the FCTA and support the Administration when needed.

Earlier the outgoing Permanent Secretary, Sir Ohaa had appreciated the opportunity given to him to serve alongside the FCT Minister and Minister of State as well as the staff of the FCTA.

He particularly commended the health workers led by the Health Secretary, Dr. Muhammad Kawu, who have put their lives on the line in the fight against COVID 19. He urged all staff to give the new Permanent Secretary their cooperation and support in the discharge of his duties.

The new Permanent Secretary, Mr. Olusade, who was until his appointment, the Permanent Secretary in the Ministry of Niger Delta, expressed his desire to facilitate the work of the Honourable Minister towards delivering on the mandate of Mr. President.

He commended the Minister for his passion and dedication to work while describing Sir Ohaa as his boss with whom he had worked closely in the past.

Present at the event were the Permanent Secretary, Ministry of Niger Delta, Dr Babayo Ardo, Chief of Staff to Minister, Malam Bashir Mai- Bornu, the Senior Special Assistant to the Minister of State, Prof. M.T Usman, and heads of the various Mandate Secretariats, Departments and Agencies of the FCTA.