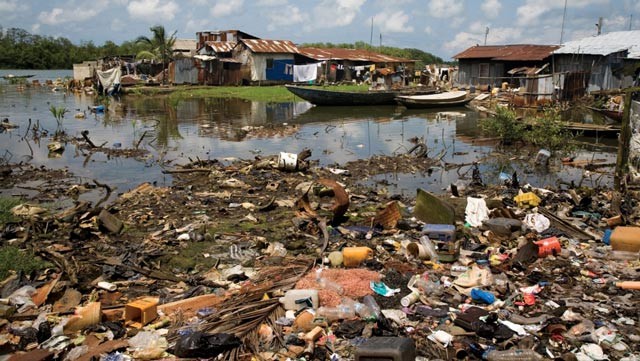 Ordinarily, with the kick-off of political campaign for the 2019 General Elections, the citizenry should be inundated with issue based politicking aimed at addressing the failures of time past and present. Political actors should present their manifestos for detailed scrutiny from the public with aim at identifying the extent such outlined programmes will be able to address the immediate and short term needs of the people. But that seem not to be the case, instead, the comedy has gone global, while issues have taken a back seat.

This is why stakeholders in the Nigerian project should not rest on their oars until political parties are able to articulate well thought-out, clear, informed and comprehensive policy positions that cover relevant issues across the economy in general, and the oil sector value chain in particular because of the pride of place petroleum hold in the scheme of things in Nigeria. Because political parties are particularly important players in resource governance, therefore they need to take responsibility in managing public expectations and delivering on promises.

One obvious lapse which has become a recurrent decimal in almost every sector of Nigeria’s national life is the reluctance to address issues proactively instead of waiting until things get to critical stage, threatening the entire nation. Take the issue of the current efforts to contain the reemergence of the Boko Haram insurgence, for example. Every strategy being deployed presently could be aptly described as a déjà vu, both under the past administration, and in this administration. And every sector of Nigeria’s national life has more than enough examples that aptly capture this, be it in education where lecturers in the nation’s universities have gone on strike so many times that parents and their wards have lost count, or it in the health sector where resident doctors and the authorities are in a constant Cat and Mouse game?  It has been same old story. Nothing happens until the entire system is threatened. 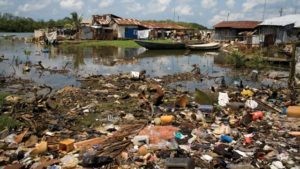 This is why stakeholders have called on both government and oil producing companies operating in the country not to treat with levity, the findings of a robust assessment of the performance of Nigeria’s oil and gas sector by the Nigeria Natural Resource Charter (NNRC), especially as it relates to the effects of oil exploration on local communities. The Report which details the relevant findings in the group’s Benchmarking Exercise Report (BER) shows that Nigeria currently performs below average in managing local impacts of resource extraction.

The group noted that if managed properly, natural resource exploration could be beneficial to communities where extractive activities take place, either directly through transfer of resource revenues and corporate interventions or through the promotion of local content. However, communities also bear the disproportionate costs of resource extraction from environmental hazard and other socio-economic effects. Effective resource management, therefore, involves maximizing benefits from resources while minimizing the costs imposed on the host communities.

When this administration came to power, one area they scrambled to ensure tranquility was the oil producing regions of the Niger Delta region. Aware of the role dwindling crude oil price played in pushing the Nigerian economy into recession, the federal government was hell bent in ensuring that peace reigns in the region. Promises ranging from different projects aimed at community development, to cleaning up of the areas damaged through unmitigated exploitation of natural resources leading to major damages to the environment. Moreso, demands by locals for jobs and opportunities to be part of decision making process in an industry that has direct impacts on their lives were met to fat promises. But like the governments before, there seem to be no end in sight to the perpetuation of the suffering of the local communities whose entire lives are negatively impacted by natural resource wealth exploitation.

The Report found that there is limited government effort to ensure that there are good working relationships between all stakeholders within affected communities. It also noted that policies to ensure meaningful participation by the affected communities are absent and due to government’s failure to manage expectations, affected communities have an inflated expectation of benefits and a limited awareness of adverse effects prior to resource extraction. All these form fertile grounds not only for militancy which threatens the economy, but reversing whatever gains that has been made in engendering peace and tranquility in the area. It equally devalues the lives of the locals who ordinarily should be positively impacted as a cushion to decades of exploitation and environmental degradation in their communities.

As local communities make demands for a share in the benefits accruable from petroleum exploitation, government and oil companies should decipher how to alter business patterns to meet new challenges because it is no more enough to help provide basic education, healthcare and other basic services. The International Labor Organization Agreement 169 requires oil companies to negotiate with local communities for access to their lands-even when these companies have already received permission from central governments to develop subsurface oil and gas resources. Moreso, government and oil companies miss a golden opportunity in their failures to use environmental impact assessment (EIA) as a window to bond with the communities.

EIA process itself offers an invaluable opportunity to collect detailed socioeconomic data-information that can be extremely useful in putting together an effective community relations plan. The key to this step lies in allowing enough time to do the job well. In most cases, it’s also the first major opportunity to begin a serious dialogue with communities and other stakeholders in new areas of operation. Increasingly, many companies are recognizing that these opportunities should not be missed: They can mean the difference between a challenging project that gets done on time and one that doesn’t get done at all.

The need to build trust between the local communities and the government, on one hands, and between the communities and the oil companies on another cannot be overemphasized, that is why the present situation where lack of policies that enable meaningful participation of host communities in decision making as well as untenable public expectations due to the absence of an effective communication strategy should be discouraged.

To ensure a peaceful interrelationship between the communities and companies operating there, efforts should be made to ensure meaningful participation of host communities throughout the decision-making process. Also there is the need to develop a clear and effective communication strategy that creates viable expectations about the impacts of extractive activities to avoid untenable public expectations, where communities have a high expectation of benefits and a limited awareness of adverse effects prior to resource extraction. There is need to train community groups on oil and gas sector issues to enable them understand the sector better, therefore positioning them to make meaningful contributions in decision-making and sector enterprise.

Oil is a fungible asset, thus the need to use available opportunities to impact the lives of the local community while it is possible.