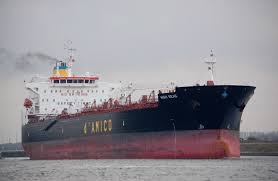 The international oil benchmark, Brent crude, declined by about five per cent on Monday, as rising coronavirus cases stoked worries about global demand and a potential return of Libyan production bolstered oversupply fears.

Crude oil followed other equities and commodities markets in turning risk-averse on Monday as rising COVID-19 infection rates in Europe and other countries prompted renewed lockdown measures, casting doubt over economic recovery, according to Reuters.

“We’re seeing more depressing news on jet fuel demand. We’re looking for a much softer market. The economic picture doesn’t look as rosy as it did before,” said Gary Cunningham, director of market research at Tradition Energy in Stamford, Connecticut.

Oil prices pulled back amid mounting concerns that an increase in coronavirus cases could cut demand.

More than 30.78 million people have been infected by the novel coronavirus, a Reuters tally shows, and British Prime Minister Boris Johnson was on Monday pondering a second national lockdown, while cases in Spain and France have also climbed.

Workers at Libya’s major Sharara field have restarted operations, two engineers working there said, after the National Oil Corporation announced a partial lifting of force majeure. But it was unclear when and at what level production might restart.

Meanwhile, a Suezmax tanker is making its way to Libya’s Marsa El Hariga terminal, according to Refinitiv Eikon shipping data.

Goldman Sachs stuck to its forecast for Brent to reach $49 per barrel by year-end and $65 by the third quarter next year, despite the Libyan developments. Barclays raised its 2020 Brent outlook to $43 a barrel and $53 next year.