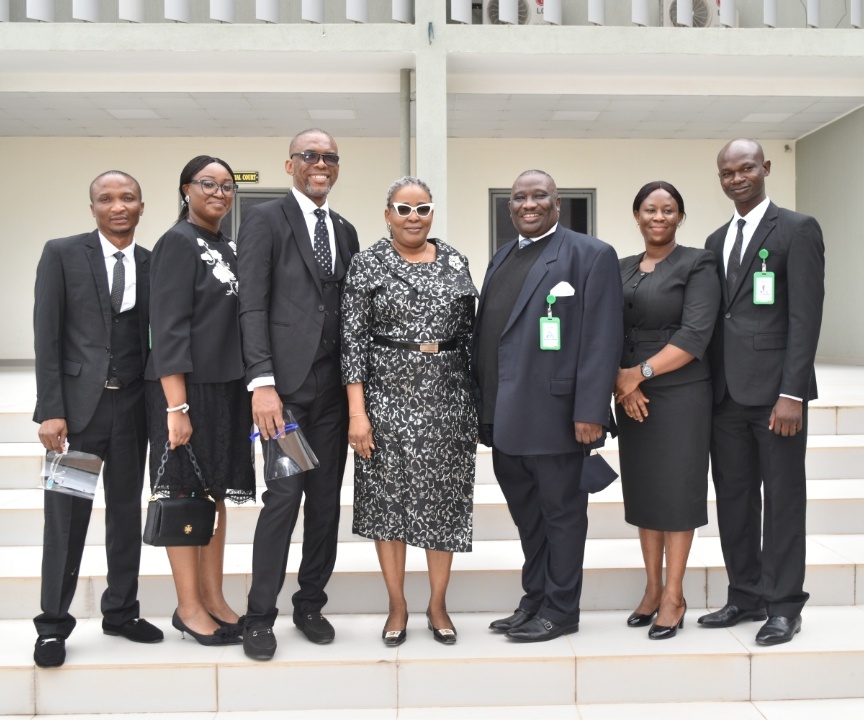 The Chief Judge of Ogun State, Justice Mosunmola Dipeolu has sworn in three Chief Magistrates and three Senior Magistrates at the State High Court, Kobape. The Chief Judge advised the new appointees to hold on steadfastly to the tenets of the legal profession and eschew all vices.

Deploring the paucity of Chief and Senior Magistrates in the state, Justice Mosunmola Dipeolu said that the new appointees should work hard to enhance the speedy dispensation of justice in the state.

Administering the oath of office on these six judicial officers in the state, the Chief Judge implored them to always act within the ambits of the law and forestall any act capable of demeaning the integrity and independence of the judiciary.