Obama appoints two Nigerians as advisers in one week 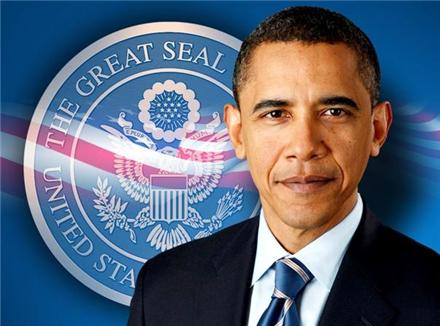 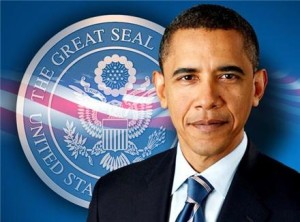 President Barack Obama announced his intent to appoint Bukola Love Oriola as Member, United States Advisory Council on Human Trafficking. This is coming against the backdrop of the appointment earlier last week of Adewale ‘Wally’Adeyemo as his Deputy National Security Adviser.

Bukola Love Oriola has served as an independent consultant, speaker, and author on human trafficking issues since 2009.  Ms. Oriola founded The Entian Story in 2013, a non-profit organization which advocates for survivors of human trafficking and domestic abuse.

In 2009, Ms. Oriola published her book Imprisoned: The Travails of a Trafficked Victim and began producing Imprisoned Show.  Ms. Oriola has owned and managed Bukola Braiding and Beauty Supply since 2007. She was a reporter and researcher for Century Media Limited in Lagos, Nigeria from 2003 to 2005.  Ms. Oriola received an A.S. from The Polytechnic Ibadan, Oyo.

Adewale “Wally” Adeyemo, 34, is to serve for international economic affairs. The position has in the past served as a springboard to even higher profile international finance posts. Adeyemo, joined the White House’s National Economic Council as deputy director this autumn from the Treasury, where he served most recently as the deputy chief of staff to Secretary Jacob Lew.

He was the Treasury’s lead negotiator on the currency agreement that was part of the Pacific trade deal. Adeyemo also worked on Treasury’s response to crises in Ukraine and Greece and in 2010 was one of the first officials charged with standing up the Consumer Financial Protection Bureau.

Lew attested to the fact that Lew said that Adeyemo had “developed a network of international relationships in economic offices around the world to promote U.S. interests effectively.” Former Treasury Secretary Tim Geithner said Adeyemo, who joined the administration in 2009, was a “natural diplomat with a great feel for policy.”

For the past four years, I have relied on Caroline Atkinson, most recently as my Deputy National Security Advisor for International Economics, as we’ve navigated pressing challenges to the global economy. As my representative at the G-7 and G-20, she played a key role in coordinating our response to international financial crises, worked with our allies to devise and implement targeted economic sanctions to advance our national security goals, played a vital role in our economic engagements with China, and helped to achieve breakthrough agreements on climate that will strengthen our economy and our security. I’ve relied on, and benefited from, Caroline’s knowledge and judgment and, as she concludes her tenure on my national security team, I am deeply appreciative of her service.

I am grateful that Caroline’s work will be carried on by Adewale “Wally” Adeyemo, who has served in my administration since 2009. At the Treasury Department, he was part of the team that helped coordinate our response to the global recession, laying the foundation for renewed growth at home and abroad. He helped establish the Consumer Financial Protection Bureau, and he’s been our point person on a range of international economic issues, including negotiations on strong currency agreements around the Trans Pacific Partnership. I will be calling on Wally’s intellect, judgment and dedication as we sustain America’s global economic leadership, which reinforces our national security, and as we work with allies and partners around the world to create jobs and opportunity for all our people.