Global telecoms manufacturing firm Nokia has dodged a $260,000 fine in service centre contract feud with a Kenyan company, this is as a Kenyan court has reportedly rejected a petition filed by Kenyan dealer TechnoService which is seeking Sh150-million ($257,832.60) from cellphone manufacturer Nokia for allegedly selling some of its businesses to Microsoft which, according to the company, was a breach of contract. 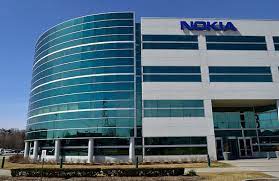 The presiding judge dismissed the application by TechnoService, saying that the courts cannot interfere with proceedings before arbitration. The judge pointed out that the two parties were referred to arbitration in September 2021, in line with a specific clause in their agreement.

“In the circumstances, granting leave to appeal will delay the resolution of the dispute which parties had committed to avoid when they opted for arbitration,” Justice Chacha Mwita said.

TechnoService took the case to court in 2020, seeking $257,832.60 from Nokia, accusing the Finnish firm of breaching a 2006 partnership deal. The Kenyan firm claims that it lost earnings after a number of Nokia Service Centres it allegedly established jointly with Nokia were taken over by Microsoft.

When the case was referred to arbitration last year, TechnoService reportedly opposed the order saying that the arbitration clauses that were relied upon were unconstitutional.

TechnoService reportedly claims that it was coerced into investing in the deal by establishing Nokia care branded service centers across the country which was later transferred to Microsoft without its consent.

“The plaintiff avers that the 1st defendants and 4th defendants’ employees admitted and acknowledged, by way of correspondence and letters, the plaintiffs’ contribution to its success in Kenya,” court documents stated.