NO ROAD, AIRWAY, RAILWAY TO KADUNA

It takes personal restraint and courage not to be cynical about the mass graveyard that Nigeria has become under the watch of Muhammadu Buhari. Carried into power at the fourth try on the back of a general disenchantment with the security situation in the country, Nigerians looked forward to an improved and secured environment that would provide a conducive atmosphere for their economic growth and development. Almost seven years after, many discerning Nigerians have now come to the conclusion that indeed, 2015 was a mistake and its product, an avoidable disaster. 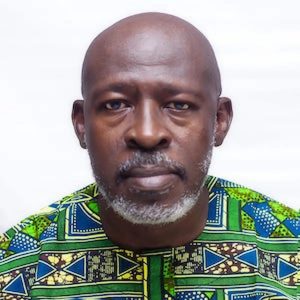 In the early evening of last Monday, the nation’s news wave was hit by stories of an armed assault on a Kaduna-bound train from Abuja. Many were said to have been killed and several others injured. Terrorists had planted explosives on the tracks and as the train rode on them it exploded, derailing and making it a sitting target for the volley of bullets that came from the bush. The initial figure of the dead was put at 60 and scores were abducted.

By the time the official casualty figure of eight came at noon the next day, Bola Tinubu, an All Progressives Congress presidential frontrunner, had cancelled the 13th Colloquium that was already on to commemorate his 70th birthday. That rare gesture of compassion came ahead of the presidency’s condolences to the victims’ families. As usual, it was a drab and uncomforting message that Nigerians have become accustomed to.

Expectedly a furious rage overtook the land with people asking the federal government to explain the basis for its existence if it could not rein in the non-state actors who have so frontally challenged its authority. A flurry of the usual post-violence activities followed, a presidential briefing with the security chiefs, Vice President Yemi Osinbajo visited the survivors at the hospitals, Minister Rotimi Amaechi and Chief of Defence Staff Gen. Lucky Irabor inspected the scene of the bloody incident and a presidential statement that Buhari had ordered the military to go after the terrorists. Last Wednesday, the Federal Executive Council observed a minute silence in honour of the dead victims of the train attack.

Of course, all these did not impress many Nigerians and they have said so loudly. How could they have been impressed? They have heard these several times in the past. The train attack occurred a few days after terrorists overtook the runway at the airport in Kaduna and prevented a passenger aircraft from taking off. One person was killed. With the airport and train attacks, Kaduna would appear to have been cut off from the Federal Capital Territory as road travel had become perilous years ago because of the activities of terrorists and kidnappers on the Kaduna-Abuja Highway.

This is very bad for a government that came to office with a commitment to end insecurity. More depressing is the cluelessness of the regime on the way forward. Amaechi in his on-the-spot assessment visit said the attack was preventable but that lack of foresight of his cabinet colleagues made the occurrence inevitable. He had made requisition for explosive tracking equipment for the trains in view of the security situation in the country. In spite of FEC approval, procurement procedures frustrated the release of funds.

Nasir el-Rufai, the governor of the encircled Kaduna State, had also poured out his frustration. The security forces, he complained, were not doing enough to neutralise the terrorists. The intelligence agencies and the military, he said, knew where the terror merchants were but had refused to take them out. Given el-Rufai’s flippant mouth, it is tempting to dismiss his grievous claim but a statement by Uriah Opuene, a brigadier-general and Garrison Commander of 1 Division, Nigerian Army, clarifying the airport invasion seems to confirm the governor of the troubled state’s claim. He said the terrorists did not actually attack the airport but were merely ridding through their routine route at the back of the fence of the airport. If the military was aware of the route, why did it not trace them to their base or lay ambush on them?

This is a poser that not only the military must answer. The federal government must also explain why in spite of billions of dollars expended on the security forces the nation is still in this mess. This is especially significant because the media had quoted intelligence sources saying that these occurrences were not for lack of intelligence but largely due to the failure of the appropriate authorities to act on the intelligence made available.

No doubt, there are intelligence challenges but a more serious problem is not only the failure of the federal government to coordinate its intelligence agencies but also its inability to utilise the avalanche of recommendations made by security experts and related stakeholders on how to stamp out insecurity in the country.

The Bukola Saraki-led eight National Assembly held a lengthy conference on insecurity more than three years ago and made several recommendations. Nothing came out of it. The succeeding Ahmad Lawan-led ninth National Assembly and lapdog of Buhari also held a retreat on the same subject matter last year. Again, no show.

Both came on the back of several other workshops and seminars on the vexed issue. The panacea offered hovered around the same themes: rejig the security architecture of the country by synergising the intelligence agencies, improve intelligence gathering, deploy technology, upgrade the equipment and welfare of the security forces, and make criminality an unprofitable venture through strict enforcement of sanctions.

Which of these has been done by this administration? You guess. But the prevailing dire situation where the Kaduna people cannot travel by road, railway or air is a demonstration that whatever had been done was ineffective.

Adebiyi, the managing editor of THISDAY Newspapers, writes from bolaji.adebiyi@thisdaylive.com