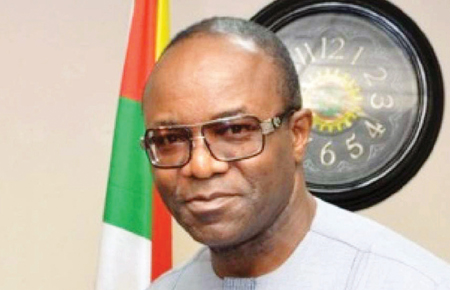 There are indications that the Nigerian petroleum industry might experience the influx of foreign expatriates if a plan by the Petroleum Resources Ministry scales through. According to the Minister of State for Petroleum Resources, Dr. Ibe Kachikwu , expatriates would be recruited into the petroleum industry as part of the ongoing restructuring of the state-run oil company for efficiency and profitability. He said that the personnel restructuring of the corporation was only 25 per cent completed, stressing that “75 per cent of the restructuring has not been implemented.

The Group Managing Director of the Nigeria National Petroleum Corporation(NNPC) informed newsmen that the oil and gas industry was not just a nationally owned business, stressing that “it is an international business that requires international global best practice.”

He revealed that the NNPC currently has no expatriates in its workforce, stressing the need to bring expatriates into the petroleum industry.

The minister acknowledged the fact that  the NNPC’s salary structure would not be able to accommodate expatriates in its workforce but added that he would not mind going outside the salary system to pay the expatriates.

According to  Kachikwu, “Despite the fact that there is a lot of closed up policies with everybody trying to keep it in-house, it is too big to be kept in-house. Nobody runs a company this huge like this. Look at NNPC; our upstream is in charge of 60 per cent holdings in companies like ExxonMobil; like Total; like Shell and these  companies in their own right are big enough for Nigeria  and  you are controlling the majority. Now, unless you want that majority control to just be something that is a paper tiger thing.
“But if you really want to bleed your asset and make sure that the asset earns you more, a huge amount of work is needed and you are going to need huge personnel. There are a lot of trained Nigerians who are leaving the industry today; we need to begin to bring some of them;  we need to begin to  bring expatriates

There are positions where bringing expatriates into NNPC are required – none of which exists right now.  I mean, right now, I don’t have any single expatriate but  going forward there will be expatriates who will get into the financial environments, control environments; technical production environments and help you get best practices. Even if I have to go outside the system to pay them because obviously our salary structure won’t accommodate them, then we work out consultancies with which they work with us for two years. If all they do is train Nigerians and change the concept; I won’t be the only one shouting myself hoarse everyday on the new model and that is coming. So, huge amount of changes are still coming in NNPC,” Kachikwu said.

“I know there is always emotion about Nigerians aiming to be in charge but oil is not where nationals just take charge alone; oil is an international global best practice thing. Get experts to join you; change culture, bleed the asset; get the best where you can.  That is where we are focused,” he added.

Back in December,  Kachikwu informed Nigerians that he has received the Presidency’s approval to commence the final phase of the restructuring of the NNPC, which would see the Corporation unbundled into four components, while about 1,100 of NNPC Headquarters’ staff would be disengaged.