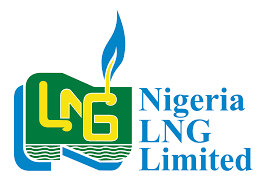 The Nigeria LNG Limited has disclosed the approval by its board of directors of an increase in its dedicated volume of Liquefied Petroleum Gas (cooking gas) supplied to the domestic market from 350,000 metric tonnes per annum to 450,000 mtpa.

The Managing Director, NLNG, Mr Tony Attah, disclosed this on Tuesday, saying that the company remained a major influence in the domestic LPG sector.

“Our focus is to support the use of cleaner energy to protect our citizens and the environment from the hazards posed by other cooking fuels by encouraging the use of cooking gas,” he said at the BusinessDay Energy Series.

He said the NLNG would also help Nigeria preserve foreign exchange used for kerosene importation as well as reduce deforestation.

Describing the slow pace in the development of infrastructure as a great concern, Attah said, “Current gas transportation infrastructure is a bottleneck to domestic gas supply.

“There is need for an aggressive gas infrastructure blueprint and backbone pipeline infrastructure development such as the AKK pipeline currently being financed by Federal Government.”

According to him, gas-based industries suffer from frequent gas supply outages due largely to vandalism, militancy and sabotage.

He said: “The need to provide more security for the protection of oil and gas assets and infrastructure cannot be overemphasised in order to encourage investment in gas development, production, processing and transportation/distribution.

“A fixed/regulated gas price does not guarantee willing seller/buyer arrangement which will engender firm investments and returns. Under-investment in gas exploration, appraisal and development activities is a major challenge.

“There is paucity of investment in gas processing facilities as well due to inconsistent policies, unattractive commercial framework, security of investments, etc. All these have led to a decline or stagnation in gas reserves, production, and commercialisation.”

According to Attah, frequent violation of contracts and payment obligations with no recourse for redress is a major impediment.

He said legal frameworks needed to be strengthened to curb this.

He said: “Inconsistencies in government policies discourage investments and fuels violation of contracts. Agencies of government need to be aligned to deliver long term aspirations beyond immediate and short-term revenue targets.

“Liquidity issues facing the power sector has a direct impact on the liquidity of the entire gas sector.”

He added that the deregulation of the power sector by adopting the ‘willing seller and willing buyer’ philosophy would guarantee commercial tariffs that would sustain the industry and thus entrench development and utilisation of gas reserves.