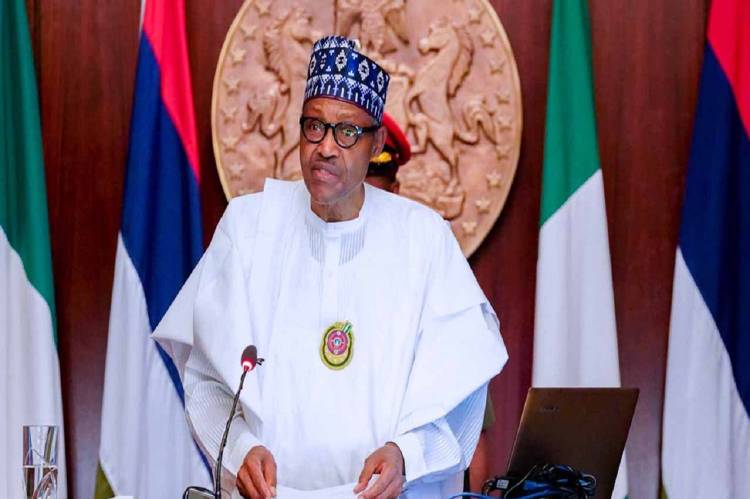 Several major Nigerian newspapers on Monday carried a front-page advertorial that accused the authorities of planning to clamp down on freedom of information.

Sponsored by the Nigerian Union of Journalists, Nigerian Guild of Editors and Newspaper Publishers Association of Nigerian, the advertorial, which featured a man behind a cage, said the Nigerian government is sponsoring amendments to two acts – Nigerian Press Council (NPC) and National Broadcasting Commission (NBC) acts.

“Information blackout – this is what the federal government want to achieve with the NPC and NBC (Media) Act amendment bills,” the advertorial published by The Guardian said.

“Federal government” was replaced with “National Assembly” in the one published by Punch, Tribune, The Nation, Tribune, Sun, New Telegraph and Daily Trust.

The publication on Monday marked a turning in the media’s fight against the amendment bills.

Many journalists and groups have condemned the proposed amendments, describing them as an attempt by the Buhari government to stifle the freedom of speech and a way of muzzling the media into silence.

The Monday advertorial is opposing a bill at the House of Representatives to amend the Nigerian Press Council (NPC) Act Cap N128, Laws of the Federation of Nigeria 1992.

The NPC Amendment Bill is sponsored by Olusegun Odebunmi, the chairman of the House of Representatives Committee on Information, National Orientation, Ethics and Values, which handled the recent public hearing on the contentious bill.

The controversial bill seeks to give more powers to the Minister of Information to control the conduct of print media houses and media practitioners.

According to Section 3 (c) of the bill, “with the approval of the minister in charge of information, establish and disseminate a national Press Code and standards to guide conduct of print media, related media and media practitioners.

The minister will also approve penalties and fines against violation of the Press Code by print media houses and media practitioners, including revocation of license. The minister is to consider applications for the establishment, ownership and operation of print media and other related media houses.

The bill also proposes punitive measures for media outlets and journalists that act contrary to its provisions.

The section said erring journalists and media houses “shall be liable to a fine of five million naira only or three years imprisonment to the person or the promoter (in case of body corporate).”

The bill proposes that “persistent refusal to comply with the directives of the council, the medium or journalist so sanctioned in accordance with subsection (1) of this section, commits an offence and is liable on conviction” amongst other monetary fines.

The bill mandates media houses to be members of the press council or be liable to “conviction or to a fine of five million naira or a term of three years imprisonment or both and to an additional fine of twenty thousand naira for every day the offence continues.”