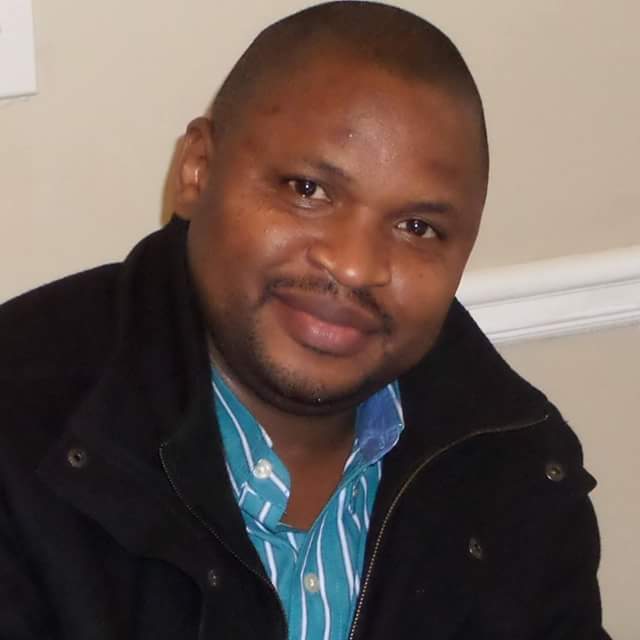 Nigeria will be 60 years old as a formally independent country on Thursday, but the divisibility and tiresomely endless feuding that have emerged as some of its defining features since its forced birth more than a century ago show no sign of abating. The immobilising factiousness of the past five years have particularly conduced to the growing sentiment that Nigeria won’t be around much longer.  Opinion leaders of major ethnic groups are plotting exit strategies from the Nigerian union.

But as much as I respect the rights of any people to dissociate from a toxic Nigerian union that seems to hold everybody back, I think that news of Nigeria’s imminent dismemberment is greatly exaggerated. What I foresee happening—bits of which are actually already manifest—is that Nigeria would use its current ethnographic resources to evolve into a completely different country. And here’s my admittedly imperfect ethnographic forecast of an evolved Nigeria.

There are Yoruba people who are native to Kwara and Kogi states and there are Igbo people—of the Ezza, Izzi and Effium sub-group, who are also found in Ebonyi State—who are native to at least four of Benue State’s 23 local governments. That makes northern Nigeria the microcosm of Nigeria.

Every subsequent generation in the 16 Hausaphone northern Nigerian states internalizes the logic and desirability of Hausa-inflected linguistic uniformity and a corresponding abandonment of the plethora of native languages in the region’s linguistic map. Even Fulfulde (as the language Fulani people speak is called) is dying in such northeastern states as Adamawa, Taraba, Gombe and Bauchi, and the resistance to Hausa in Kanuri-speaking Borno and Yobe weakens every generation.

The relentless march of the Hausa language in Northern Nigeria will ensure that a somewhat unified mega identity, riven only by religion, would emerge, and memories of previous ethnic and linguistic identities would recede or disappear—in the same way that many Hausa-speaking communities in northwest Nigeria have no memory that their distant ancestors were not Hausa-speaking people.

So two dominant identities would emerge from northern Nigeria: Hausaphone Muslim northerners and Hausaphone Christian northerners. The Tiv, Idoma, Igede, Igbo, etc. people of Benue State who have historically resisted the Hausa language would share more in common with the emergent ethnic alchemies of southern Nigeria than they would with Hausaphone northern Christians.

The Yoruba-speaking people of Kwara and Kogi states would also fit more easily with their kith in the Southwest with Ilorin Emirate being a holdout even though its sociolinguistic and geographic singularities would not permit its fusion into the Hausaphone northern Muslim identity.

The people of what has been called Kwara North—the Baatonu and Boko people of Baruten and Kaiama local governments and the Nupe people of Pategi and Edu local governments— who are culturally more similar to other Muslim northerners than they are to the Yoruba-speaking parts of Kwara State would easily meld well into the Hausaphone Muslim identity. Both the Igala and the Ebira of Kogi have cultural and linguistic kith in southern Nigeria and also easily amenable to Hausaphone Muslim/Christian identities.

The former Eastern and Midwestern Nigeria are already witnessing the incipience of an alchemic ethnic fusion of disparate groups enabled largely by the enormous creolization of Nigerian Pidgin English and the Pentecostalization of the Christianity of the regions. By creolization, I mean the transformation of Nigerian Pidgin English from an anarchic, emergency contact language for episodic encounters to a stable, rule-governed, all-sufficient native language that millions of people speak and identify with on an emotional and cultural level such as is the case with the Krio of Sierra Leone.

The creolization of Nigerian Pidgin English seems unstoppable and appears primed to play the role Hausa is playing in northern Nigeria as an ethnographic glue to coalesce otherwise historically disparate people. The shared Christian identity of the people of the regions, which is now increasingly Pentecostal Christianity, would accentuate this process.

As anyone who pays attention to Edo State would testify, the new identity formation among southern Nigerian minorities is already killing Islam in Edo North where it has existed for decades. There is a mass Christianization of Muslims in northern Edo, and this would only intensify in the coming generations.

As I’ve shown previously, Islam is a strong building block for identity formation in Northern Nigeria, so that “Hausa” and “Muslim” have become misleadingly synonymous in the Nigerian popular imagination. That is why people of northern Edo used to be erroneously called “Bendel Hausa” even though they speak an Edoid language that is almost mutually intelligible with the Bini language.

The association of Islam with Hausa—or, to use the trendiest hyphenated identity formation, Hausa-Fulani—is leading to its repudiation in even historically Muslim polities in southern Nigeria such as Yorubaland. Stories of Yoruba Imams who aren’t allowed to lead prayers in the North and of the distrust of the authenticity of the Islam of Yoruba people by Hausa Muslims help to solidify resistance to Islam. Today, overtly Muslim Yoruba people are seen as by non-Muslim Yoruba as perfidious toadies of the Muslim North.

If this attitude persists—and I don’t see any reason why it wouldn’t—it means southern Nigeria would become wholly Christian a few generations from now.

It is not clear to me now if Pidgin English in the former Western Nigeria would be creolized like it is becoming among southern minorities because of the social prestige of the Yoruba language and the numerical power of its native speaker base, but there are already signs this is happening among the Igbo people.

The Igbo language is the only Nigerian language with millions of native speakers which is nonetheless classified as an “endangered language” because of the tendency toward what Professor Chukwuma Azuonye called “the fetishization of English” among the Igbo, including code-mixing and  code switching, assimilation of Pidgin English into the Igbo language, among other factors he identified in his article titled “Igbo as an Endangered Language.”

I have a personal encounter with this. In 2000 when news filtered through that there were retaliatory mass slaughters of northerners in the southeast, the editor-in-chief of Weekly Trust where I worked requested that I travel there to cover it. He said I could easily pass for an Igbo man and that my linguistic handicap in the Igbo language wouldn’t be an issue since Igbo people actually revere their kith who are monolingual in English. What he said turned out to be accurate. Throughout the five days I traveled all over the region, not once was I suspected to be anything but an Igbo.

I got along with a mixture of Pidgin English, Standard English and a strategic sprinkling of “nna” and other popular Igbo intensifiers. In fact, when I was returning to Kaduna, someone in Onitsha actually asked why I was going to “where they are killing our people.” “Nna, na my business,” I said. In other words, generations from now, the fissiparity that drives Nigeria’s current ethnic tensions will dissipate and the fresh contradictions of an evolved Nigeria would frustrate it dismemberment.

For instance, Hausaphone northern Christians, who are a huge chunk, would be invested in a united Nigeria for their self-survival. Although they would share linguistic affinities with the Hausaphone Muslim North, their apprehensions about religious domination would connect them to a creolized Christian South. More than that, though, Nigeria has generated an enormous repertoire of collective national identity symbols that the upcoming generations, who won’t be moored to the same identities as us, would find hard to throw away.

Of course, as the example of Somali shows, nations don’t endure merely because of their similarities and shared memory. That was why Steve Goodier once said, “We don’t get harmony when everybody sings the same note. Only notes that are different can harmonize. The same is true with people.”