Nigeria: What does the interest rate cut mean as the country enters recession? 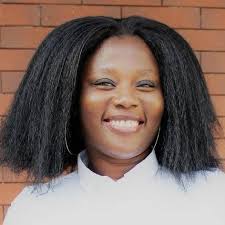 Nigeria unexpectedly cut its Monetary Policy Rate (MPR) by 100 basis points from 12.50% to 11.50% in an attempt to boost the economy by providing cheaper credit. Analysts, who see the rate cut as suppressing bond yields, aren’t confident this will work.

Rate cuts, according to analysts at FSDH Capital, “could suppress bond yields, which have remained higher when compared with yields on short term instruments, following the existing market liquidity”.

Following the COVID-19 impact on the global economy, several countries around the world including the United States, Canada, Russia and the United Kingdom and Nigeria, among others have embarked on rate cuts this year. Nigeria so far has cut the MPR twice – first in May and second in September 2020.

An unexpected decision by the Central Bank of Nigeria (CBN) to cut the Monetary Policy Rate (MPR) by 100 basis points from 12.50% to 11.50% – the lowest since 2016 when Nigeria went into a recession – “shows that policymakers have put aside their concerns about inflation and are increasingly spooked by the weakness of the economy,” analysts at the London-based Capital Economics says in their research notes.

“[CBN] Governor Godwin Emefiele noted that traditional monetary policy tools are not useful to contain high inflation when this is driven by structural factors, as is the case now in the CBN’s view. Governor Emefiele also stressed the lack of fiscal support, which probably provided additional impetus for rate cut. While we’re wary of the CBN’s dismissal of inflationary concerns, the economy certainly needs a boost,” says Virág Fórizs, Africa Economist at Capital Economics.

Analysts say the Nigerian inflation will continue to accelerate over weakened currency, the recent subsidy removal and the ban on forex for food imports; with Goldman Sachs projecting inflation to peak at 18% by the second quarter of 2021, due to shocks from naira devaluation and subsidy removal that is likely to persist.

While the CBN says it will “continue to take relevant steps to ensure that the detrimental risk of inflation to the economy is contained,” Emefiele says the MPC: “will continue to play a dominant role in the achievement of the goals of the Economic Sustainability Program (ESP) through its interventionist role to navigate the country towards a direction that will boost output growth,” the basis for which the benchmark rate was reduced by 100 basis points, according to analysts.

CBN absolves self from inflation growth

The recent reduction of the monetary policy rate means that the CBN “tacitly shelved responsibility for the elevated inflationary pressures, suggesting that available evidence does not support the view that the rise in inflation was due to monetary factors, but rather driven by structural rigidities and supply shocks,” says Omotola Abimbola, analyst at Chapel Hill Denham.

Although there are some merits to the CBN’s argument, considering it has maximised the use of CRR debits to mop-up excess liquidity, on closer inspection “some anecdotal evidences also suggest that monetary, fiscal, credit and exchange rate policies may have contributed to the macroeconomic instability in recent months,” she says.

The CBN has been aggressively pushing a credit growth agenda, through the use of intervention funds and unorthodox policies such as the minimum LDR, which yielded a 24% YoY expansion in credit to the private sector as of July 2020, “and we believe the credit impulse is contributing to demand-side pressures on the exchange rate.”

Nigeria’s current account balance has been steadily deteriorating since 2018, due to ballooning fiscal deficit largely monetised by the CBN.

The “protectionist policies and lack of FX liquidity,” have weighed on food and core inflation recently, with imported food inflation currently at the highest level since April 2017, “suggesting that weak FX liquidity, due to COVID-19 shock and lack of flexibility in the pricing of the FX rate, is contributing to surging food inflation.”

Governor Emefiele’s inability to not offer guidance on the outlook for the currency and FX management framework, indicates that the bank “will continue playing the waiting game while hoping for a rebound in oil prices.

With oil prices remaining stuck at $40 – 45/bn range, the FX liquidity challenges will likely continue in the near term, with pressures likely to increase due to credit-fuelled demand,” says Abimbola.

Curtailing recession with cheaper credit; will it work?

Evidence points to an economy currently faced with a recession threat, which was the focus of policymakers’ major deliberation at the Monetary Policy Committee (MPC). Gross Domestic Product (GDP) data showed that the economy contracted by 6.1% YoY on the impact of the global coronavirus pandemic; while manufacturing (48.5 index points) and non-manufacturing (44.3 index points) Purchasing Managers Index (PMI) continued to remain below the 50-index point benchmark.

In addition to the upward trend in headline inflation which the CBN says is largely driven by recent supply shocks, the policy “decisions reflected the need to address the weakness in economic growth and in turn curtail the northward trend in inflation rate,” says Emmanuel Adeleke at ARM Research.

“Particularly, the MPC aims to stimulate economic growth via the provision of cheaper credit,” adds Adeleke. “We see the reduction in the MPR as only a stronger signal to easing. However, we expect the reduction to effectively reduce savings deposit rate[s] lower to 1.15% (previously 1.25%).” Some weeks back, the CBN reduced the rate on savings deposits to a minimum of 10% per annum (previously 30% per annum) of the MPR. The intent here is to boost money supply and encourage spending.

“Despite the reduction in rates, it hasn’t done much in boosting loan growth. On the contrary, most of the growth in loans is largely attributable to the moral suasion of the Loan to Funding Requirement. In our view, the former has failed to address the fundamental issues behind banks’ reluctance to lend,” says Adeleke.

The reduction in the asymmetric corridor translates to a lower rate of 4.5% (previously 7.5%) for the Standing Deposit Facility (SDF), according to Adeleke, who doesn’t expect the policy to fuel an increase in consumer lending or a reduction in lending rate “given the prevailing unattractiveness of the window.”

Already, he says: “Most banks have reduced or stopped placing funds at the facility given the modification introduced in 2019. Recall, the CBN revised the guidelines around the SDF earlier in July 2019, wherein deposits from banks in excess of N2bn were excluded from being remunerated. This effectively reduced the daily average funds in the window to N26.2bn (2019: N48bn, 2018: N140.8bn).”

While policymakers are of the view that the rate reduction will provide cheaper credit to improve aggregate demand, stimulate production, reduce unemployment and support the recovery of output growth, analysts at ARM Securities “believe concerns on the weak state of the economy will make it difficult for the CBN to achieve it’s objective and banks will remain hesitant to give out loans,” although the policy, on paper, should drive rates on bank loans to individuals lower and drive lending to businesses.