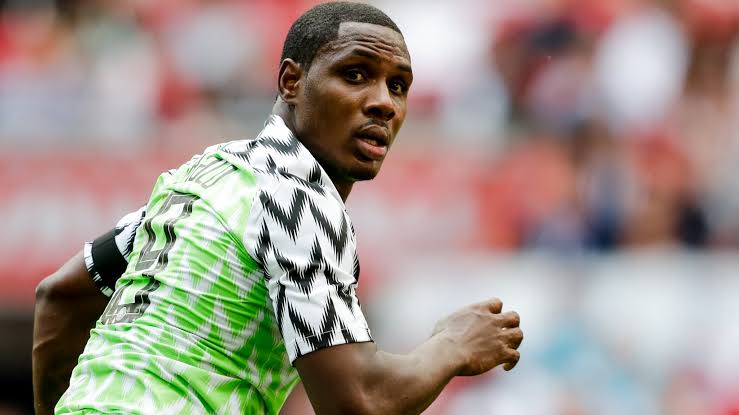 Goals from Victor Osimhen in the opening minute of the encounter and Stopira in the sixth minute ensured that the game ended in a draw – the result see the Eagles go through to the playoff round of the qualifiers. 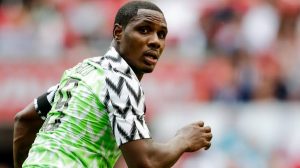 Rohr gave a starting role to Ighalo ahead of Leicester City striker, Kelechi Iheanacho with the former Manchester United player failing to make a mark on his first match since his return to the national team after a two-year hiatus.

Ighalo could have added to Nigeria’s tally in the first half but miscued his shot.

The 32-year-old was on the pitch for 78 minutes before being replaced by Iheanacho. Reacting to his performance, fans on social media have slammed the coach for inviting him back to the team and also starting him ahead of younger strikers in such an important match.

“Osimhen overworked himself today only for Ighalo to walk around the pitch aimlessly. I think Rohr is clueless, how on earth is one of Chidera Ejuke and Samuel Chukwueze not starting a match,” @Pelum_00 tweeted.

@New_Dspensation wrote, “Ighalo doesn’t deserve to be in that team, and it might cost Nigeria the World Cup.”

@xOluwaseyi added, “Why did Ighalo play 77 mins while Iheanacho was on the bench? Why did they even call him back.”

“Ighalo shouldn’t have started the game. Rohr should have allowed the younger strikers run Cape Verdeans and come in later. He kept missing our sitters.”