Nigeria in 2020: Shape of things to come 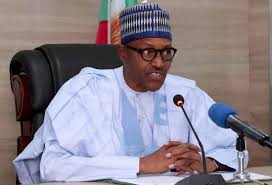 As Nigerians settle into the New Year, many are expectant in different ways. Some are hoping for a better year after the disappointment of 2019. Others still hope to consolidate on gains made in 2019. However many are anxious about 2020 and would pay a star gazer to tell them what the year holds for them. Although it is difficult to say with certainty what will happen in 2020, nonetheless a pattern can be discerned based on trend in different sectors of the economy. An attempt is made to project2020 holds for the country.

Nigeria has experienced modest growth in 2019. In the third quarter of 2019, GDP grew by 2.28 percent according to the Central Bank of Nigeria while Crude oil production in the first three quarters averaged 2million barrels daily in the third quarter of 2019. The economy also witnessed the passing and signing of the 2020 budget in December 2019; the first time a budget was passed and signed before the New Year in a long time. President Buhari also signed the African Continental Free Trade Area (AfCFTA) in July 2019 after initial hesitation. The government towards the end of 2019 showed its resolve to tackle smuggling by closing the land borders. Despite appeals from international and local stakeholders for the border to be reopened, the border remains shut just as the government has promised to reopen it on the 31st of January 2020.

Some observers believe the borders are likely to remain shut given the successes recorded in declining smuggling activities as well as the inability of neighbouring countries to make firm commitments in declining criminals the use of their land for carrying out smuggling into Nigeria. The border closure many believe will crimp economic growth while denying many their livelihood.

The assassination of Iranian General Qassem Soleimanni by the United States of America and Iran’s retaliation as well as the fear of further escalation of tension especially in the Strait of Hormuz (which many oil tankers pass through)have led to an increase in the price of crude oil in the international market. The tension if it continues will surely keep oil prices high and lead to a windfall for oil exporters including Nigeria.The 2020 budget is predicated on an oil benchmark price of $60 per barrel and currently crude oil price has crossed the $70 a barrel mark and experts believe it will go higher given the rising tension in the Middle East. As such, the external reserve will rise and the naira will likely appreciate.

The economy might witness mergers in the banking sector. In a bid to streamline business and drive cost down, many banks will likely explore the option of mergers and acquisitions. Although no bank is rated insolvent, but the continued profitability of several of them are in doubt. The CBN is also rumoured to be in support of mergers according to sources because the capital base (in dollar terms) of many banks will not enable them to compete internationally.

The planned hike in electricity tariffs, minimum wage and VAT will most probably lead to an increase in inflation. These hikes no doubt will seep into transport, housing and food prices. However with the harmattan season, agric experts are of the opinion that there will be a favourable food harvest in 2020 coupled with government rice policy which might help temper rise in food prices.

2020 is likely to witness more industrial action as state governments and labour unions grinds out agreements on the N30,000 minimum wage. Some states have started implementation while others are yet to agree with organised labour on the implementation of the wages. Some governments might insist on retrenching some members of the workforce to be able to pay the minimum wage while some states that have started implementation, according to reports,are pinching workers’ salaries for various reasons. These deductions will not go down well with labour and a showdown will be likely in such states.

Also ASUU is warming up for a likely prolonged strike over the government’s implementation of the IPPIS, which ASUU has vehemently opposed. While government insists on its right to determine how it pays its workers and bring ASUU under the scheme, ASUU insists on being exempted from the payroll programme. The federal government has threatened not to pay those who failed to enrol in the IPPIS, while ASUU has vowed to resist the action be embarking on strike.

Nigeria like most West African countries has endured rising insecurity as typified by the Boko Haram Insurgency, herdsmen clashes and Kidnappings for ransom. 2020 will not be different. Although the police and the Army have recorded successes in recent times in the fight against terrorists and Kidnappers, however criminals will continue to have their way especially the new trend of ritual killings. Major successes most likely will be recorded against criminal elements especially by the efficient Inspector General’s Response Team. The military will keep the Boko Haram insurgents at bay and probably keep them from taking over and occupying a major town in the North East while the stalemate continues. Occasional onslaught against the military will lead to mass casualty and make headline news. 2020 may be the year the president Buhari rejigs his security team and may appoint new service chiefs.

The Economic and Financial Crimes Commission (EFCC) will continue its onslaught against fraudsters and politically exposed persons. 2020 will see more arrests of internet fraudsters and corrupt politicians. The jailing of Orji Uzor Kalu, former governor of Abia state by a high court has sent jitters down the spine of those who think closeness to power will shield them from prosecution as well as embolden the anti-fraud commission. In 2020 expect more court judgments on cases that have gone ‘cold’ as well as the resurrection of new cases.In fact the EFCC’s Chairman, Ibrahim Magu has stated recently that the commission will challenge frivolous court injunctions that restrains the anti-graft agency from carrying out its law duties. He is particular in challenging a decade old court ruling barring the EFCC from prosecuting the former governor of Rivers state, Peter Odili for money laundering and embezzlement of public funds.

The impact of climate change will continue to be felt in 2020. Flooding around Benue and Kogi will continue as well as erosion in the eastern part of the country will render many homeless and communities inaccessible. Many governments are yet to take environmental challenges seriously. Access to fertile lands and water may result in communal clashes and herdsmen and clashes.

This year will also witness the test of political will before the judiciary as some state governors and elected local government officials lock horn over the judgment of the Supreme Court which ruled as unconstitutional the supervision/removal of local governments by state houses of assemblies and governors. Some governors are insisting on keeping the right to control the local governments.