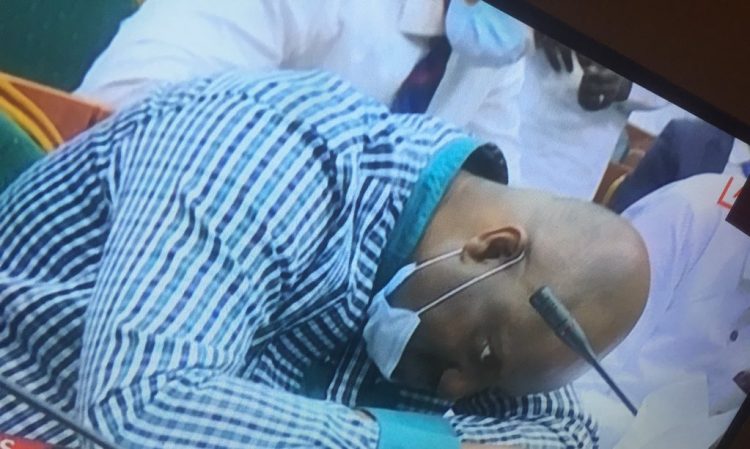 Today at the resumed hearing of the House of Representatives investigation into the Financial Mismanagement in the Niger Delta Development Commission, there was a mild drama that temporarily halted the proceedings of the panel.

The resumed hearing session had gone on well, until the Acting Managing Director of the NDDC, Prof, KemebradikumoPondei, collapsed as he attempted to provide answers to the barrage of questions put to him by the panel

The unfortunate drama took place in the full glare of the world with various television houses taking the event live from the scene.

With the aid of some of his leutenants, cold water treatment was administered to revive him while efforts were also made to pry open his clenched teeth and pull him back to reality. An unconscious profPondeiwas eventually evacuated from the scene and taken to an unnamed medical facility in the capital city.

Recall that last week, Prof Pondei and his team had questioned the integrity of the chairman of the investigating panel, BunmiTunji-ojo, and staged a walk out from the conference Room 231- venue of hearing.

Today, however, Tunji-ojo recused himself.