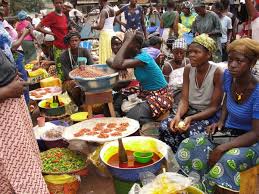 The National Bureau of Statistics will begin a national economic census across the country from October 12.

It stated on Monday that it had been more than 20 years that the exercise was conducted in Nigeria.

Statistician-General, NBS, Yemi Kale, who announced this at the Training of Trainers for the National Business Sample Census in Abuja said the census would last for two months.

He explained that the business census, also known as an economic census, was a statistical exercise that involved the enumeration of formal and informal business establishments across the country.

He stated that during the process, commercial and industrial business operations in fixed locations would be listed with valuable information.

Kale said information collected during the exercise include the nature of the economic activity of the establishments, the number of employees they engage, their contact details, among other things.

He said, “The information emanating from this census activity is primarily useful in understanding the nature and structure of the economy, as well as providing a sound business frame for the conduct of economic surveys in the country.

“Conventionally, it is conducted every five years as recommended by the United Nations Statistical Commission. However, in Nigeria, the census has not been conducted for over two decades, mainly due to funding challenges.”

Asked to state when the census would commence, while speaking to journalists on the sidelines of the training, Kale replied, “It is starting on the 12th of October and it will last for two months.”

He stated that based on the critical importance of the exercise, not just to the statistical system in Nigeria, but to the entire economy, the NBS had sought for different ways to actualise the census since his appointment at the bureau.

“Our pursuit for this finally paid off, thanks to the World Banks’s Fiscal Governance and Institutions Project, which graciously accommodated the business census, as well as the agricultural census, which we plan to conduct early next year,” Kale said.