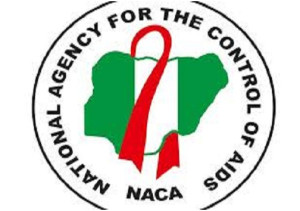 The National Agency for the Control of AIDS (NACA) has confirmed that the Federal Government would adopt strict measures to check the spread of the Acquired Immune Deficiency Syndrome (AIDS) in the country.

This was disclosed by Prof. Tom Idoko, director general of NACA, during the flagging off of a medical outreach in Edor and Ikom Town in Ikom Local Government Area, Cross River State. He said the shift in focus to other deadly diseases in recent times had resulted in the spread of AIDS, which until now was under control in the country.

Pastor Ayimba Ayimba, chairman, Ikom Local Government Area, thanked the Federal Government for the choice of Ikom for the programme and assured NACA of maximum cooperation for the expansion of the event around the entire local government area which is a border town.

Christine Lagarde, managing director of the International Monetary Fund (IMF) has warned that Nigeria would be faced with hard economic choices because the price of crude oil would remain low for quite a long time. According to her, there is need to take hard decisions on revenue, expenditure, debt, and investment for Nigeria to emerge from the impending economic doldrums.

She made a case for the removal of oil subsidy because it has become indefensible. She also urged the government to increase the rate of Value Added Tax (VAT). In herspeech to the Senateentitled: “Nigeria—Act with Resolve, Build Resilience, and Exercise Restraint.” she said, “my first visit to Africa as IMF Managing Director was in late 2011, and the first country on my itinerary was Nigeria. At that time, Nigeria was emerging from the 2008-09 commodity price collapse and the banking crisis that followed.

“Since that visit, Nigeria has been acknowledged as the largest economy in Africa—with a maturing political system.We saw a peaceful general election last year in which, for the first time in Nigeria’s history, there was a democratic transition between two civilian governments. It was a strong sign of Nigeria’s commitment to democracy, to a new Nigeria.

“At the same time, the external environment has changed. Oil prices have fallen sharply, global financial conditions have tightened, growth in emerging and developing economies has slowed and geopolitical tensions have increased.All this has come at a time when Nigeria is facing an urgent need to address a massive infrastructure deficit and high levels of poverty and inequality.

“So, Nigeria faces some tough choices going forward. Nigerians, however, are well known for their resilience and strong belief in their ability to improve their nation and lead others by example.I firmly believe that Nigeria will rise to the challenge and make the decisions that will propel the country to greater prosperity.”