N10bn: ‘I acted on orders of President Jonathan’ 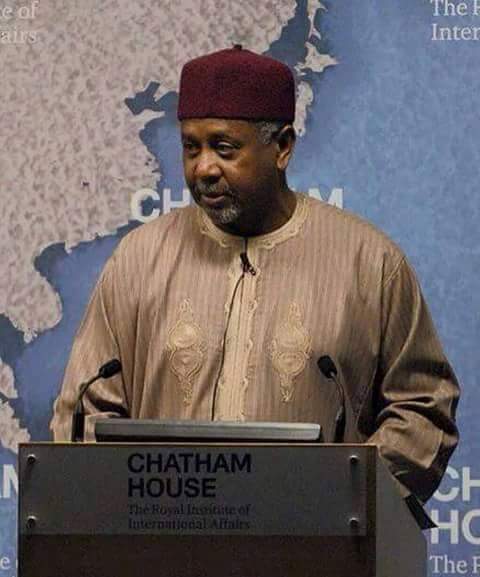 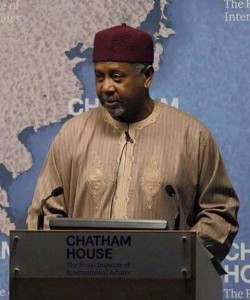 He, however, claimed that he acted strictly on the orders of the former President, Goodluck Jonathan.

Dasuki who is scheduled for trial over alleged key role in the diversion of N10 billion arms funds, said in a  Statement of Witness/Accused Person filed in the High Court of the Federal Capital Territory (FCT) ahead of his arraignment that aside authorizing cash withdrawals  and distribution to appropriate persons, he didn’t benefit from the slush funds.

He also claimed that he had no foreign account and that none of the funds could be traced to his local accounts in Skye Bank Plc, GTB and Standard Chartered Bank.

According to the former NSA, the N10 billion which was delivered to his house was handed over to ex-President Jonathan’s Special Assistant on Domestic Affairs, Waripamowei Dudafa and the Aide-de-Camp.

Dasuki, who protested that the Economic and Financial Crimes Commission (EFCC) had subjected him to “media trial”, said such a treatment might jeopardize his defence.

Dasuki made the following statements under oat:
“I wish to state as follows: That I have been publicly indicted and any statement may jeopardize my defence. Having been briefed by the EFCC investigators on why I was invited, I will answer the charges in court. As such, I do not wish to make any further statement on the matter.

“That I am aware in November (I cannot remember the exact date), my office requested the CBN to exchange N10billion from the account of the Office of National Security Adviser domiciled in CBN. The money was exchanged at $47million and some Euros which I cannot remember. The exact amount was delivered at my residence.

“The money was for delegates that  attended the nomination convention for the PDP. Presidential nomination. The money was paid and sent to Hon. (Waripamowei) Dudafa (SSAP Household) and ADC(C-IC) for distribution on the instruction of the President.

Dasuki went further: “Based on the statement of Director of Finance and administration (Salisu), Ibrahim Wambai, and Yazidu Ibrahim, all the cash (both foreign and local) are usually given to them for official use.

“I also noted the statement of Sagir Bafarawa whose company is Dalhatu Investment which he stated that he received the sum of N4,633,000,000 from the account of the Office of the NSA. I authorised the payment . The money was for vehicles, motorcycles for youth empowerment and women sent to Saudi Arabia. I got the proposal from the President. I do not have the proposal; it should be at the office in the Villa

“The payments were  meant for various partners as earlier listed. I know Basha Nigeria Limited to be owned by Hon. Bello Matawalle. I authorized the payment of N380million for further disbursement to members of the House of Representatives as campaign contribution. I authorized the payment of N751million to HEIRS BDC Limited for conversion to forex from the account of the NSA. Money was used for operation in the Office of the NSA.

“I have seen the mandate from the CBN signed by me authorizing payment of various sums of money to Dalhatu Investment for the reasons earlier stated.

“In respect of funds given to Amb. Bashir Yuguda between December 2014 and 2015, I authorized the payment of N1.5billion from the Office of the National Security Adviser for political campaign in the last elections. I remember paying DAAR Communications the sum of N2.120billion from ONSA for media activities for the Presidential Campaign 2015.”

Dasuki also confirmed payment of $146,639019.00 to E-Force Inter-Service Ltd. He explained what transpired:  “I do not have any company registered in my name, I have no account with HSBC. All payments made from NSA accounts within the period I was there were authorized by me.”

Meanwhile, the Central Bank of Nigeria (CBN) has confirmed that the N10billion was sourced from the CBN/ OAGF Signature Bonus Account. The apex bank made the clarification in an October 29, 2015 letter to the EFCC’s Director of Operations.

Its official statements read: “Your letter ref: EFCC/EC/ CBN/ 12/163 dated  21st September 2015 to the Governor of Central Bank of Nigeria and the directive by the management that we provide some explanations, we wish to state as follows:

“The N10billion constitutes two tranches of N5.08billion each debited to the CBN/OAGF SIGNATURE BONUS ACCOUNT NO 400225220 vide OAGF memo Ref: FD/LP2015/1/28 DF to the Office of the National Security Adviser A/C Number 20172241019 with the CBN Abuja  and the second was for credit into the account of National Security Adviser Account Number 1014199287 with Zenith Bank Plc Wuse II Abuja.

The EFCC under its former chairman had written to the CBN Governor on September 21, 2015 with reference: ( EFCC/EC/CBN/12/163) requesting clarification on the source of the funds withdrawn by the former NSA.

The three-paragraph letter read: “This commission is investigating a case of Abuse of Office and money laundering of funds for special services by the Office of the National Security Adviser which were withdrawn  in November 2014.

“We seek your kind assistance to provide available information on the disbursement of the funds with copies of relevant documents, including transfers to foreign and local banks and cash withdrawals.

“Thank you in anticipation of your usual cooperation.”