My Loyalty to Mr Predict is Unquestionable 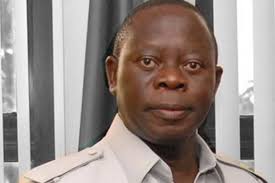 Former Chairman of the All Progressives Congress (APC), Comrade Adams Aliyu Oshiomhole, yesterday, pledged his unalloyed loyalty to President Muhammadu Buhari, insisting his commitment to Mr. President is unquestionable.
Oshiomhole was reacting to insinuations that he is fighting the leadership of the APC and the President, following his reported disagreement with the ongoing nationwide membership revalidation exercise of the party.
In a statement,  Oshiomhole clarified, “Even in expressing my reservation about the use of the word ‘revalidation’, I also at the same time acknowledged the necessity to carry out the exercise of updating the register: deleting those who have died or resigned, and register new members”.
“In addition, the fact that I left Abuja and travelled all the way to my village in Edo State to again register at my unit and went further to encourage other APC members to do likewise, demonstrates my faith and commitment to the party.
“The National Working Committee (NWC) under my leadership resolved to update the membership register and consequently advertised, as a mark of APC commitment to transparency, invited ICT companies for expression of interest with a view to appointing the most competent one to take over the membership register for continuous update of APC membership records as provided for in the party’s constitution.
“Given the above, I am therefore at a loss as to how my advice that the National Caretaker Committee should have used the word ‘update’ rather than ‘revalidation’ is tantamount to ‘Oshiomhole’s crowd re-awakening’ to fight the President as being insinuated in some quarters. I hereby state unequivocally that I neither have a ‘crowd’ nor belong to any ‘crowd.’”
Saying that his loyalty to Mr. President is unquestionable, the formi APC National Chairman went on: “The President worked tirelessly to persuade and campaigned to influential leaders and members of the party in support of my Chairmanship candidature. Indeed, as I have said before and it bears repeating that I may not have lasted as long as I did in office, but for the support of Mr. President who on several occasions resisted pressure on him.”