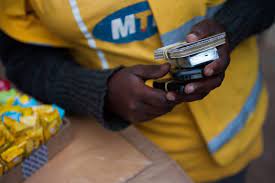 Africa’s largest telco, MTN through its Nigerian subsidiary has reportedly taken 18 Nigerian banks to court over a ₦22.3 billion ($53.7 million) mobile money fraud. In a suit dated May 30, MTN is alleging that its recently-licensed mobile money Payment Service Bank, MoMo, has suffered a fraudulent loss from its partner banks. MTN claims that the amount was transferred in error to 8,000 accounts maintained by the 18 banks’ customers.

In the suit, Chief Executive Officer of MoMo PSB, Anthony Usoro Usoro, also claimed that the fraud was committed over a total of 700,000 transactions, over a one-month period. Upon realising the fraud on May 24, MoMo PSB reportedly shut down its service to prevent further liability.

“The transfers were due to the fact that the plaintiff suffered system exploitation which led to the said debits. There is no transaction between the plaintiff [MoMo PSB] and the recipient account holders that warranted the transfer of the funds to those accounts,” Usoro said in the supporting affidavit.

The CEO also mentioned that it was resorting to legal action upon the banks’ insistence that only court orders could bring action for reversal.

MoMo PSB is now seeking a court’s order for a refund for the ₦22.3 billion ($53.7 million) it claims. “By virtue of the provisions of the CBN Regulation on Instant (Inter-Bank) Electronic Funds Transfer Services, made pursuant to sections 2(D), 33(1)6) And 47(2) of the CBN Act 2007 the plaintiff is entitled to a return of its money and the provision of the information which it requires from the defendants,” the suit read.

This event is coming 2 months after MTN gained approval from the Central Bank of Nigeria to run a payment service bank. It is presently not clear how these actions will affect MTN’s MoMo customers.