A new report released recently shows that MTN has South Africa’s fastest mobile network and that the company is running rings around rival Vodacom when it comes to 5G performance. 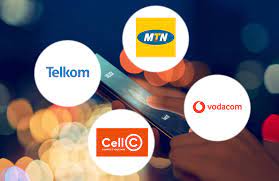 Ookla, which owns and operates the popular speedtest.net Internet speed testing service, has published its latest Speedtest Global Index rankings for South Africa for the first quarter of 2022, which show that MTN and Vodacom continue to outperform smaller rivals Telkom and Cell C in the mobile segment, while in fixed lines, Cool Ideas is the fastest Internet service provider.

Key findings of the report are:

MTN also got the highest Consistency Score, of 88.1%, ahead of second-placed Vodacom on 87%. This score shows the percentage of speed test results that achieved a minimum 5Mbit/s download and 1Mbit/s upload speed.

Telkom’s mobile network offered the best median latency (network round-trip time) of 19 milliseconds, followed by MTN and Vodacom on 23ms each, and Cell C on 29ms.

Cool Ideas had the fastest fixed broadband median download speed (46.05Mbit/s) and the highest Consistency Score (73.2%) in this segment in South Africa during Q1.

In fixed lines, Afrihost placed second to Cool Ideas with a median download speed in Q1 of 37.79Mbit/s, followed by Webafrica (37.14Mbit/s) and Axxess (35.07Mbit/s). Webafrica and Cool Ideas tied for first place in latency, with 4ms each.

The Ookla numbers are seen as particularly credible given the popularity of its speedtest.net testing platform relative to other such services in the local market.